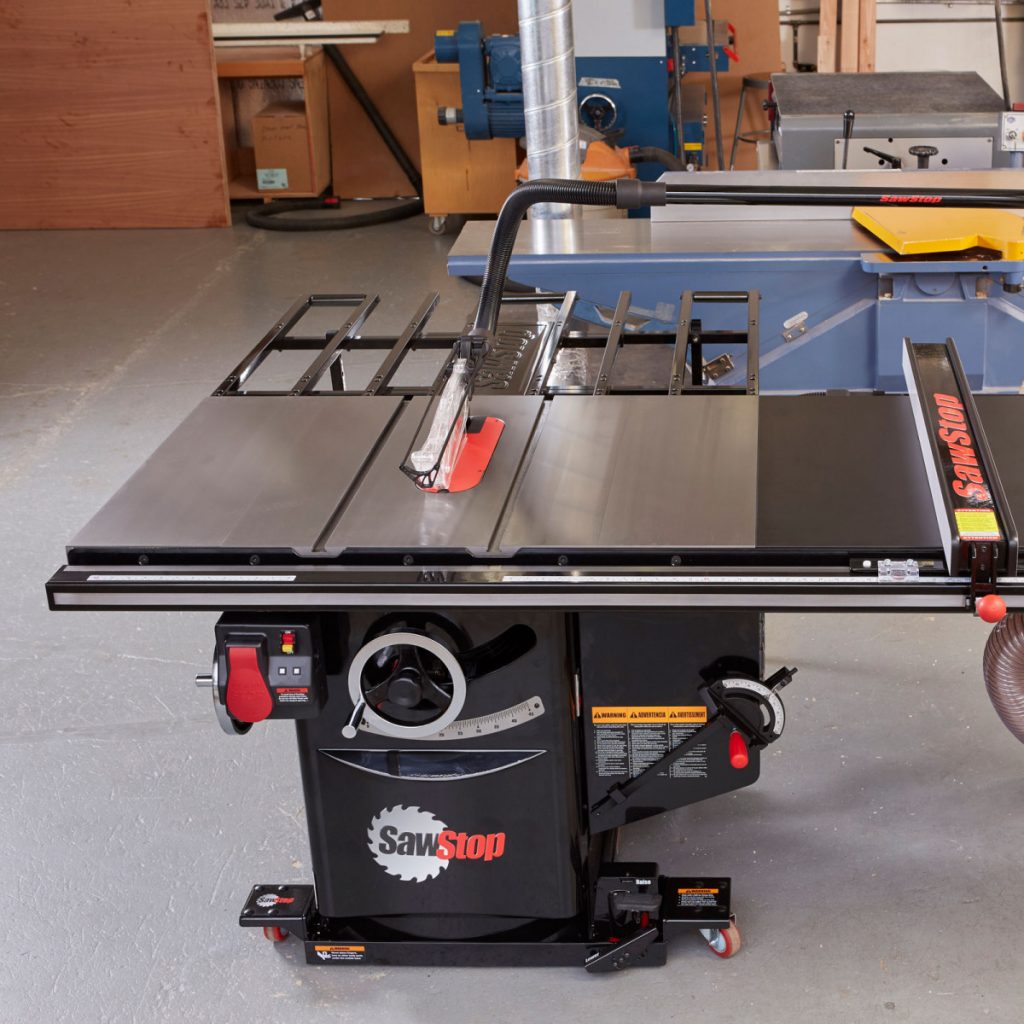 When I think of SawStop, I think immediately of the technology behind the brand and the saw. The fact that the blade stops with 1/10 of a second and retracts under the table when it makes contact with flesh. That it’s the only company on the market that offers this very effective approach to table saw safety. Maybe that’s why I still think of this as NEW technology. But it’s really not all that new.

But the fact is, the SawStop safety system was developed more than two decades ago. The company itself (formed when other manufacturers balked at licensing their saw-stopping technology) was formed in 2004. Their first saws shipped shortly thereafter, and they took the world by storm.

In the American Woodworker shop, where I had my first magazine job as an editorial assistant, the Industrial Cabinet Saw was as the center. It was put into service in 2005, pretty much as soon as the magazine could get its hands on one. During my two years with the publication, I received and assembled a few other comparable cabinet saws for tool tests and reviews, and they performed fine. But we always went back to the SawStop ICS as soon as tests were over.

When the stars aligned and I finally had space for a cabinet saw, I jumped at the chance to move from a contractor’s table saw to SawStop’s Professional Cabinet Saw. Freshly laid off from a bankrupt magazine, I’d started building a few things for friends and friends of friends for some extra money. Though I was a confident user of table saws, I knew that a single accident could end my woodworking hobby. And I knew that the more I used a table saw, the more risk I took on.

I’ve put my PCS through a lot in the last six years. When I moved from a shared workshop to my apartment garage with just a single household circuit, I swapped the motor from the 3HP 240v version to a 1.75HP, 115 version. (It was actually a very simple process – just a call to SawStop, about $500 in motor and miscellaneous parts, and two hours to install.) Then the roof in my apartment garage developed a leak, and I ended up with a nice coat of rust on my PCS’s table. A few hours with a Scotch Brite pad and some wax, and the cast iron wasn’t any worse for the wear. Since moving to my current house, the PCS is the center of my shop (a glorified two car garage). It’s not well insulated or heated, so I have had to make a few table saw cuts in below zero weather, and the SawStop fires right up. (I did discover that there’s a capacitor in the brake cartridge that needs to stay above freezing, so I developed a system of using two brakes and keeping one inside at night.)

In the Woodsmith Shop, where all of the projects for Woodsmith Magazine are built (and a few projects for Popular Woodworking, too), there are no less than four SawStops in service. There’s a 5HP ICS that was the first saw installed, more than a decade ago, and a few more PCS models that have been added over the years. These saws are in use day in and day out, by a dozen different people, and they’ve performed admirably.

In the end, that’s the thing that’s really the kicker about SawStop: Their tools are great tools, even if they didn’t have the safety features. And the ICS is a dream machine for most any woodworker. A large, powerful motor. A huge cast iron top. A fence that locks solid but glides over the table when you’re dialing in a cut. Excellent dust collection below and above the table. More than 600 pounds of mass. The saw doesn’t flinch.

That’s why, whenever anyone asks me about table saws, whether they’ve been woodworking for decades or they’re just starting out, the first word out of my mouth is SawStop. If you’re looking to make your last table saw purchase, to buy a tool that will outlast you, that will keep you safer (and make you last longer?), SawStop is the way to go.

Learn more about what SawStop saw is right for you at sawstop.com. Designs by Vladimir Krasnogorov – From the ancient Silk Route to a modern CNC studio in New Jersey.Featured Article