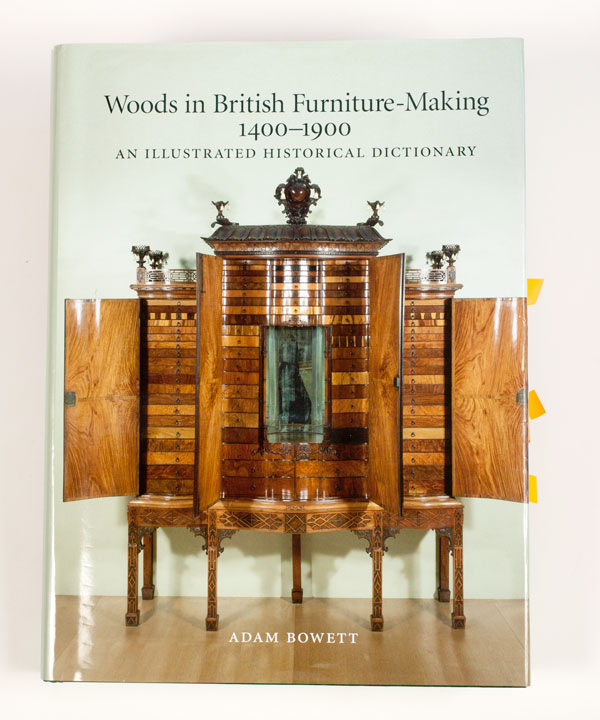 I try to keep Adam Bowett’s book “Woods in British Furniture-Making 1400-1900” closed tight as much as possible. That’s because every time I open it, I lose at least an hour of my day reading a section of the book that I hadn’t yet discovered.

“Woods in British Furniture-Making 1400-1900” (Oblong Creative, 2012) is a massive text in every sense. Measuring 9-3/4” x 13” with 360 pages of extensively footnoted text and hundreds of photos, it is not a quick read for the beach. Bowett arranged the book like a dictionary for the most part, implying that it is intended as a reference. But its dictionary-like structure and title, “Woods in British Furniture-Making,” are misleading.

Because the British Empire was so massive, “Woods in British Furniture-Making” is actually a history of the world as told through furniture woods. Every entry is like a short story of the species as told from a furniture-maker’s – rather than a botanist’s – perspective.

Consider making this folk-art tree for next Christmas season.Shop Blog