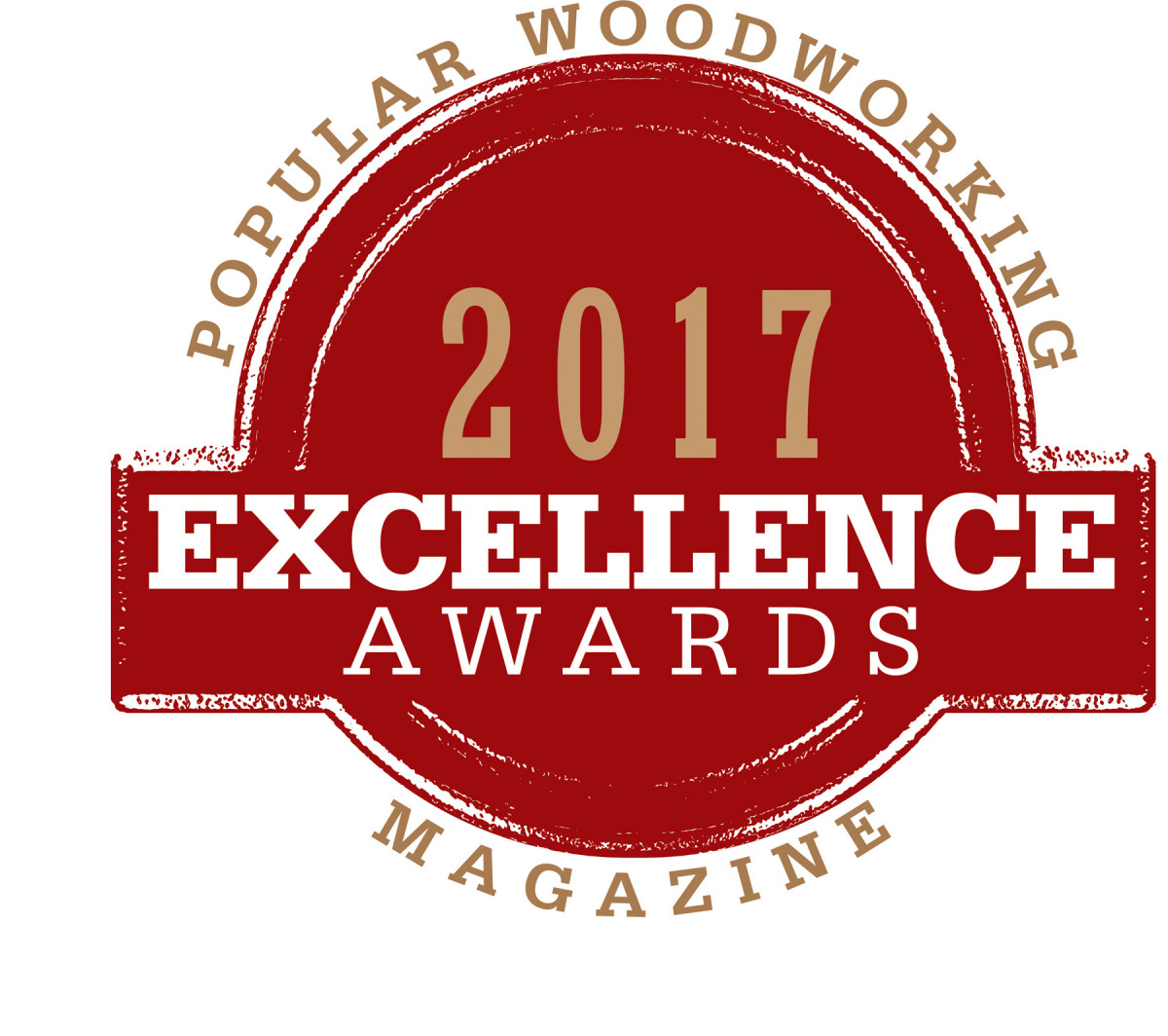 Award-winning inspiration from the 2017 competition.

Read the article in its entirety.

Article: To see all of this year’s entries, go to the entry page here. 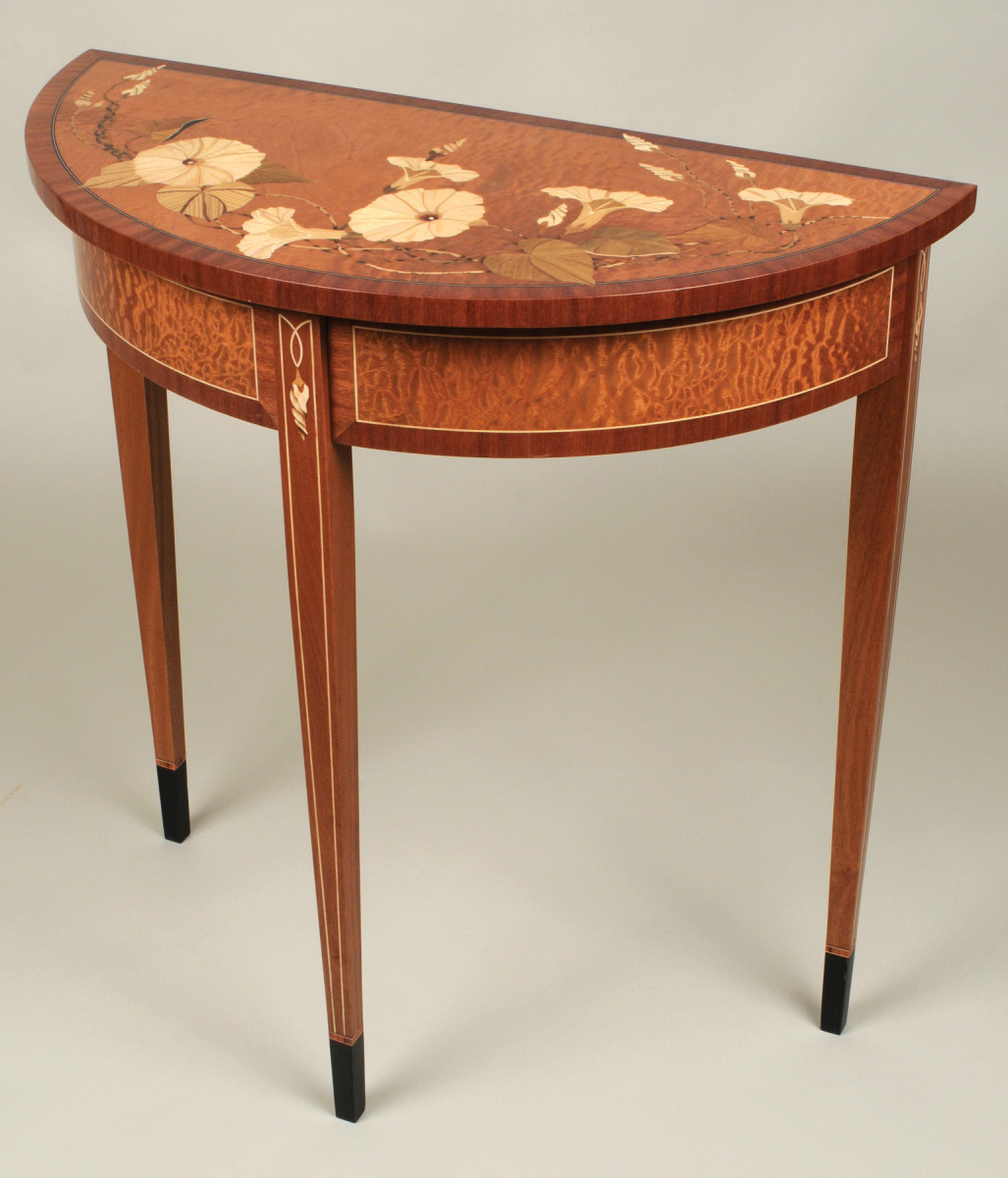 The grand prize goes to Al Spicer for his demilune (half-moon) marquetry table, featuring on its top a flowering morning glory vine in various veneers. The legs are solid sapele with holly stringing and an accent bud, and the apron and top are pomelle sapele with a border of quartered sapele.

Spicer began his career as a photographer and spent 36 years working on the visual side of things in newspapers. In 2006, he left his job and decided to pursue what had until then been a self-taught avocation. “Life is short and I wanted to spend more time doing something I really enjoyed,” he says. 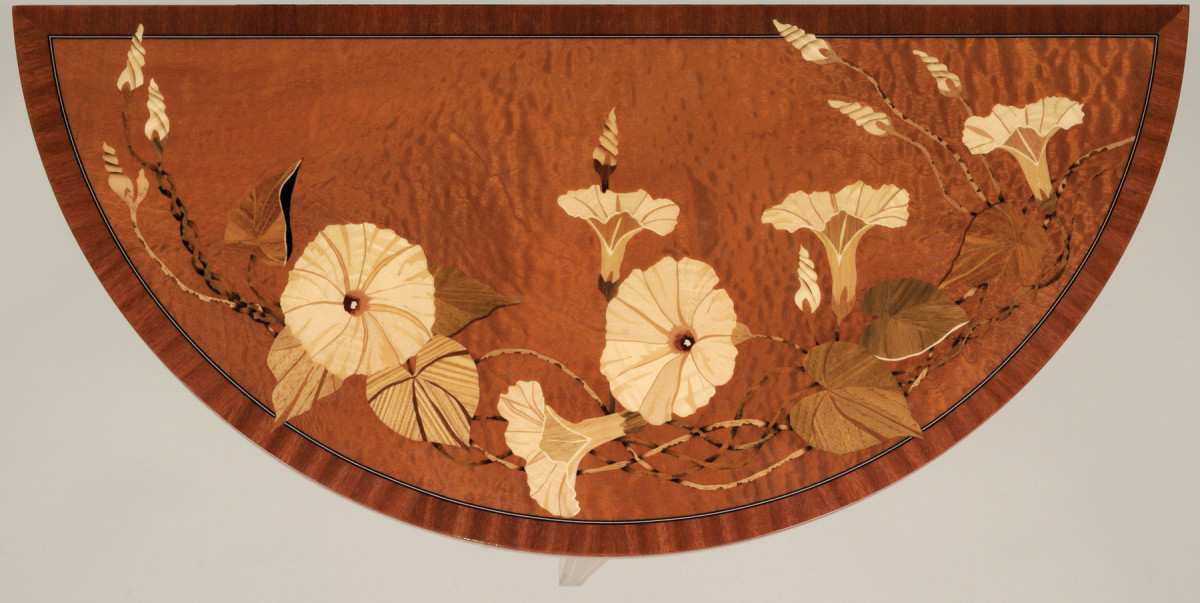 So he enrolled in the Fine and Creative Woodworking program at Rockingham Community College where he re-learned not only the basics, but studied furniture history and various styles. He loved the attention to detail and the clean lines of Federal furniture, and has built several reproductions in that style, “but for today’s lifestyle they seem too formal,” Spicer says.

The Federal foundation is certainly evident in the form of this table, but it’s the well-executed contemporary marquetry image married to that foundation that made this table our winner.

“I really can’t pinpoint one thing that inspired the Morning Glory Demilune,” Spicer says. “Ideas or inspiration seem to come from various visuals, especially nature, but sometimes a piece just evolves as I work through the design or while I’m in the middle of building it. On the morning glory table I wanted the marquetry to dominate the top without overpowering it.”

Spicer, who builds on commission as well as speculative pieces, works as much as possible in veneers. “I’m not opposed to ‘brown’ furniture, but veneers incorporated into a nice piece can add another dimension, a uniqueness.” 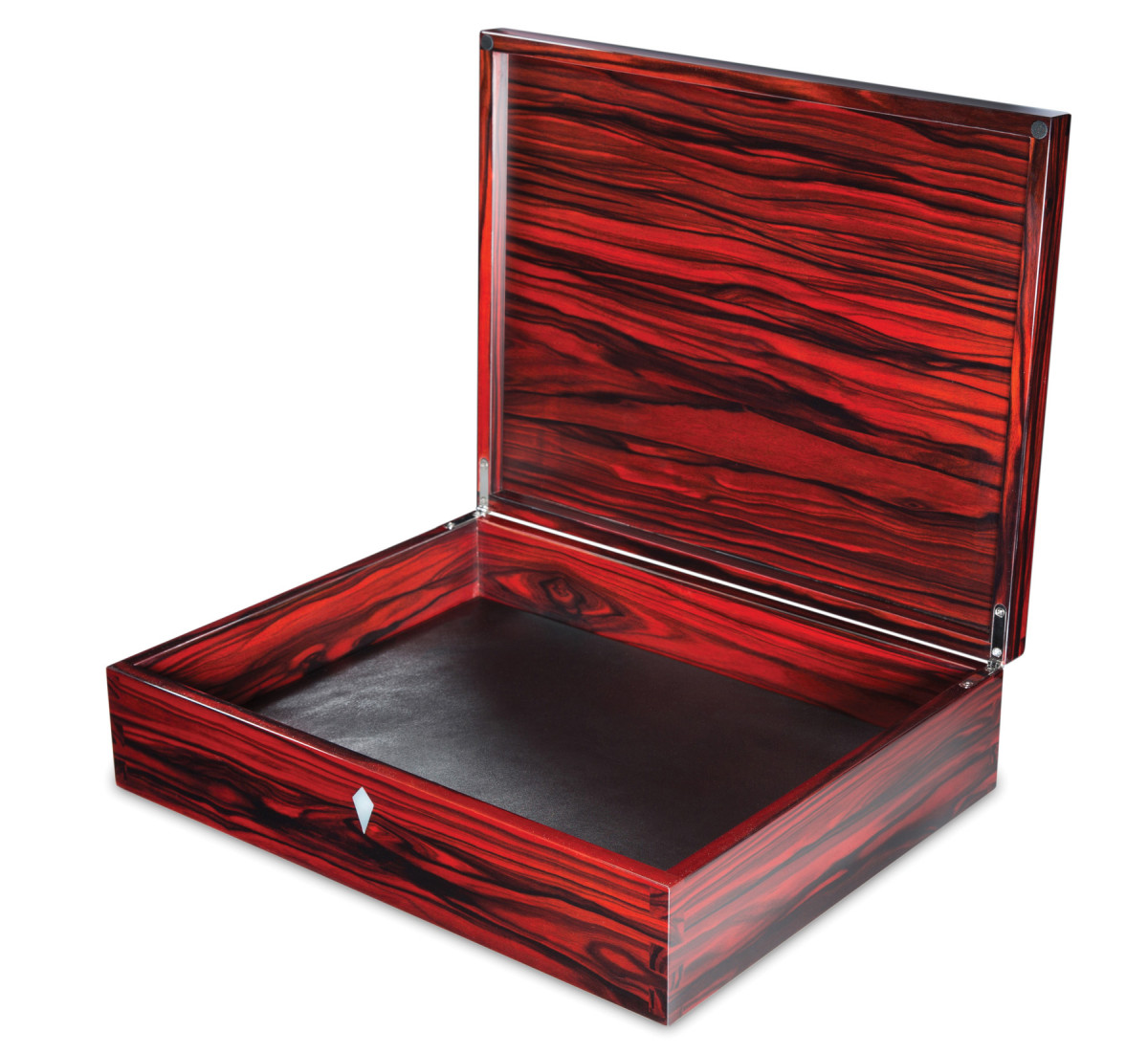 Perhaps you read Thibodeau’s “Design & Create a Marquetry Panel” in our February 2017 issue (#230), or have seen his stunning work in other publications – he’s been featured in many, and has won numerous awards, including the 2016 Veneer Tech Craftsman’s Challenge. 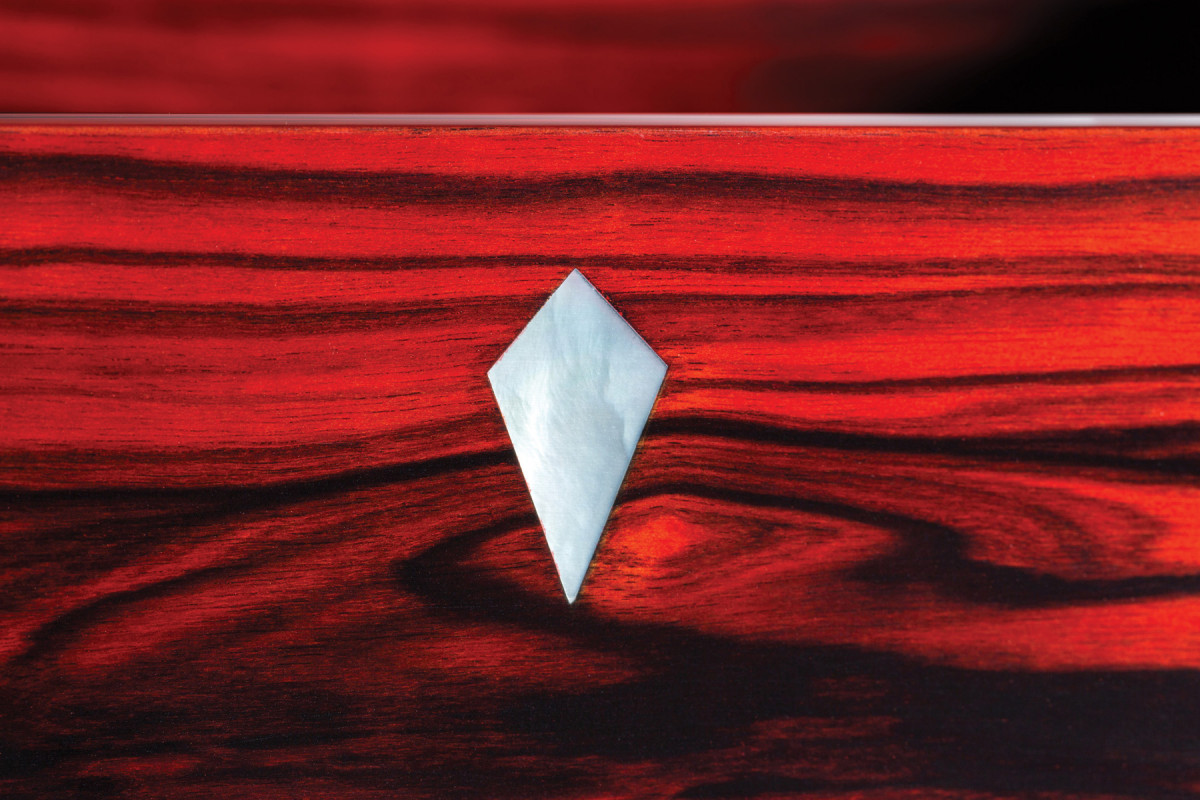 We chose perfection in a small package as the Editors’ Choice winner in this category, charmed by Thibodeau’s elegant Macassar ebony box with mother-of-pearl inlay, lined with black calfskin and finished with high gloss polished Polyester 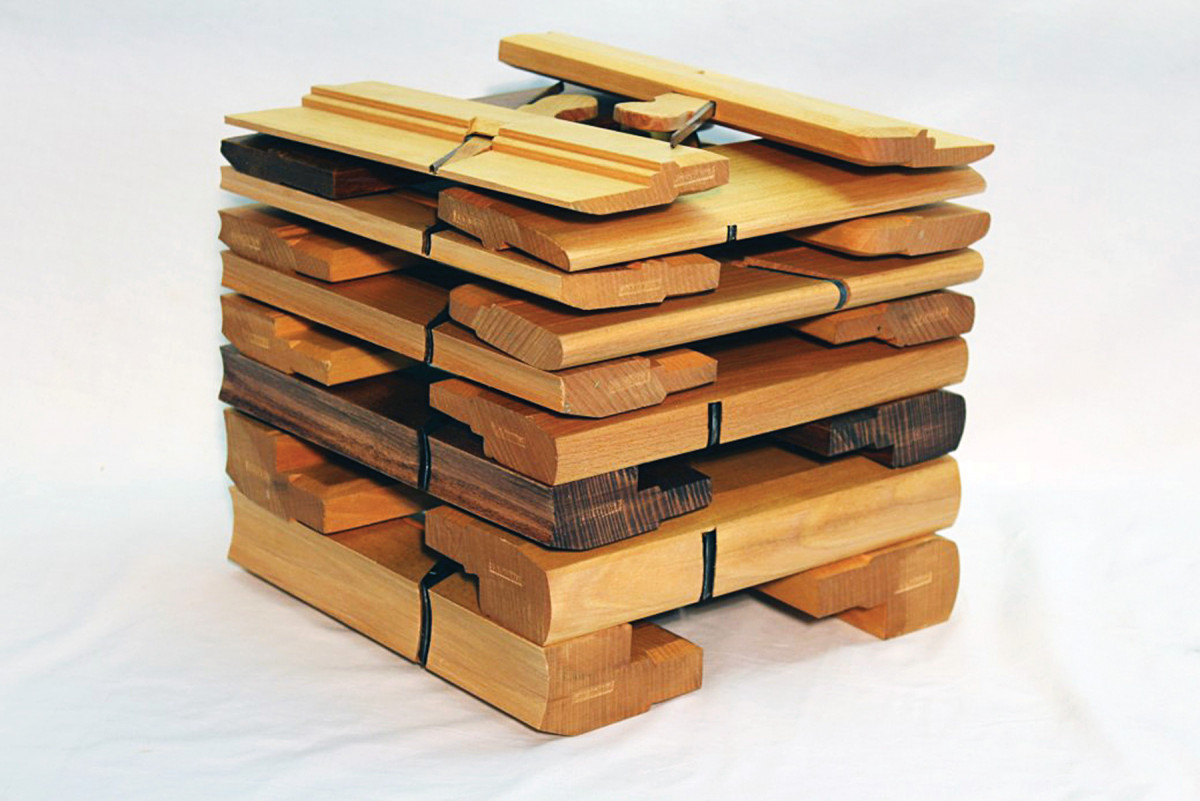 Murray’s half-set of even-numbered hollows & rounds (Nos. 2-18), plus a set of snipes bill planes, garnered top approval in this category. He modeled his planes after a 19th-century John Moseley and Son No. 4 set (the darker-colored plane at the top back of the stack).

This half-set is made of American beech, and the snipes bills feature Osage orange boxing on the beech bodies; all the planes are finished with Danish oil. The new blades are O1 steel, and others were sourced from period material.

Murray’s introduction to woodworking was through carving, but it was the furniture bug that bit him when he and his family were looking at bedroom furniture. “I could make that for far less money than buying it….” (Sounds familiar!)

After a friend piqued his interest in wooden planes, Murray decided to give them a go, and didn’t quit until he had this half-set. Each plane, he says, took about 10 hours. 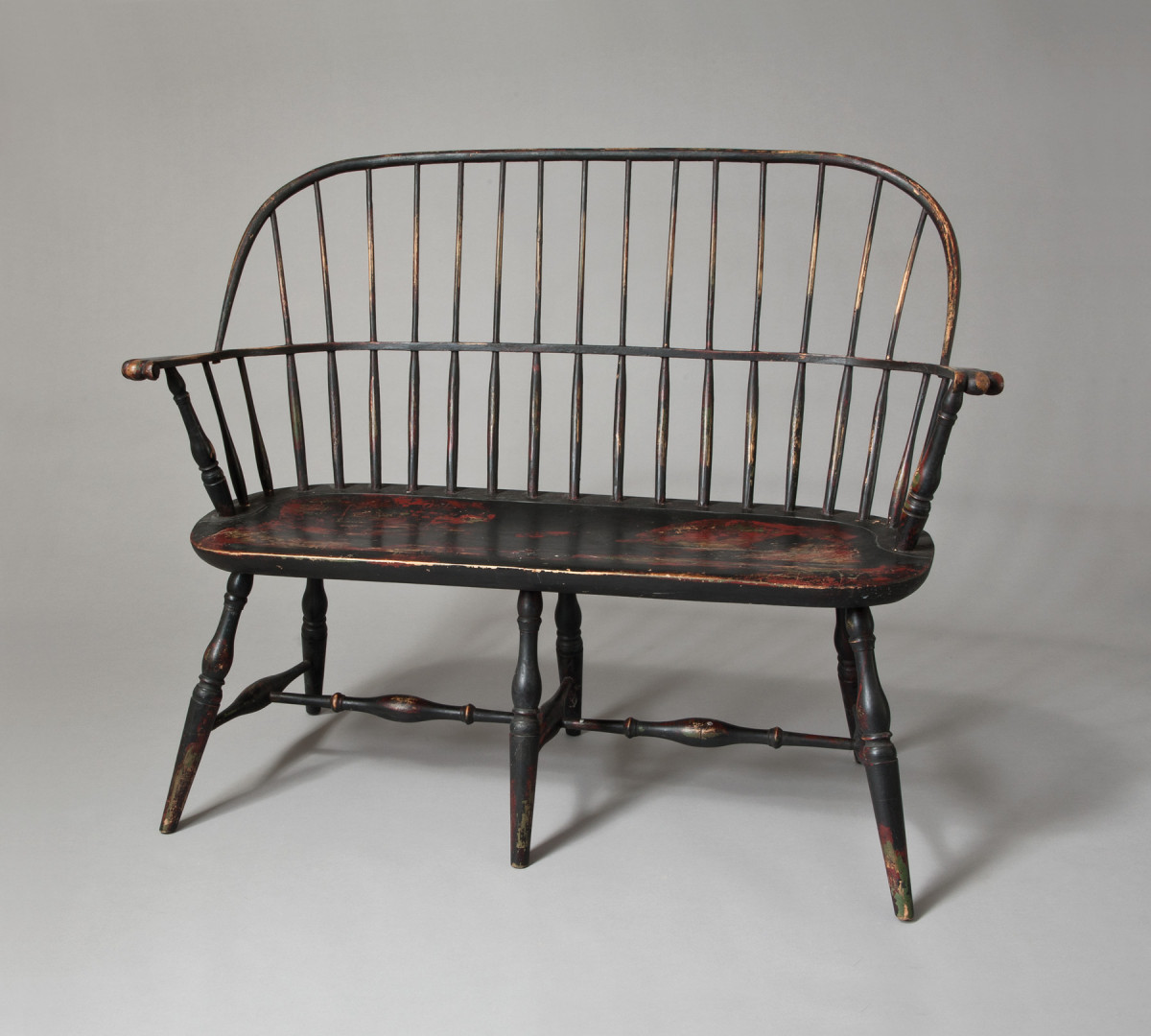 This traditional sack-back Windsor settee is made of pine, maple and red oak, and features an aged finish made of layers of green, red and black milk paint with an oxidized shellac topcoat. We couldn’t resist its period perfection.

Douyard studied biochemistry in college and worked in sales after a short stint in the lab (he hates being cooped up). Then, he decided to change direction and apprenticed to a boat-builder-turned furniture maker…before turning to marketing and corporate management to help get his kids through college. But he kept working in his own shop. 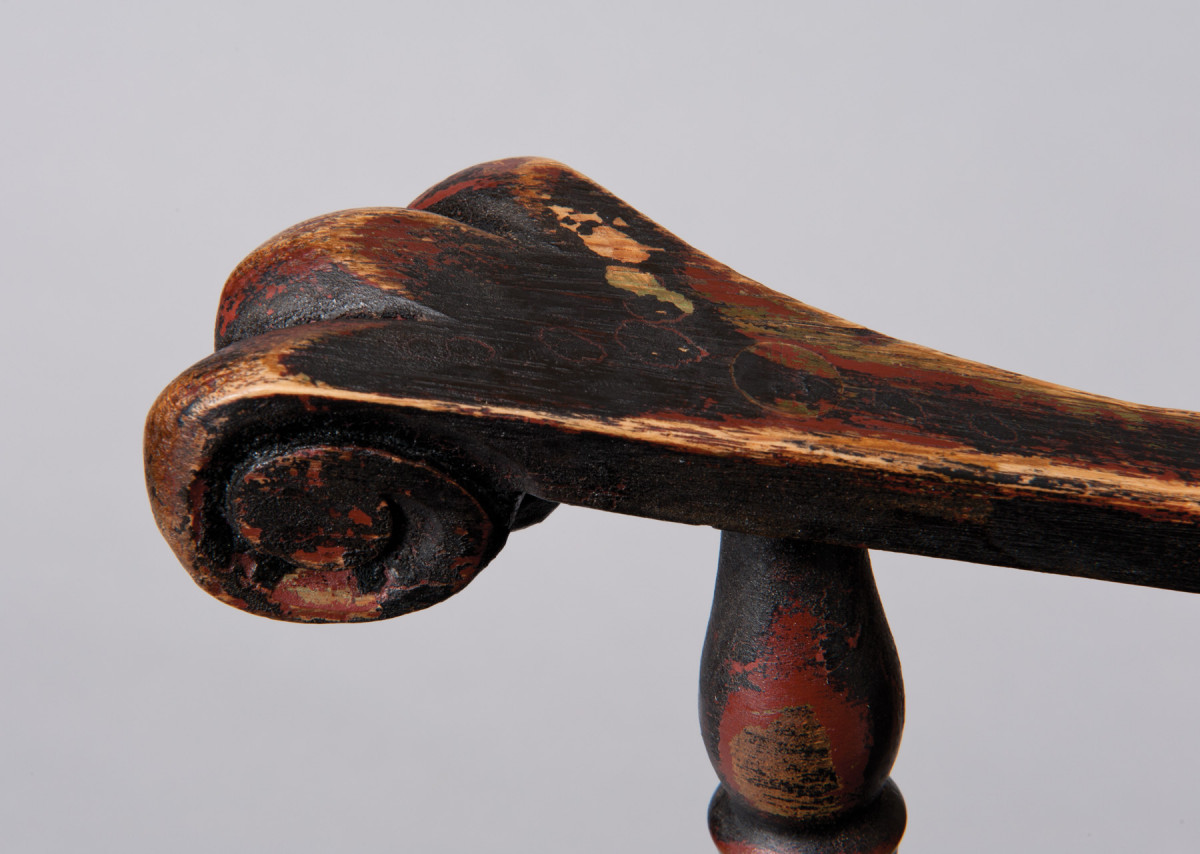 Later, he built his first chairs while studying with Ian Kirby and studied Windsors with Mike Dunbar (though unlike Dunbar, he now uses traditional green woodworking techniques and mostly hand tools). Douyard is now a full-time traditional chairmaker and teacher, and has been featured in Early American Life magazine. 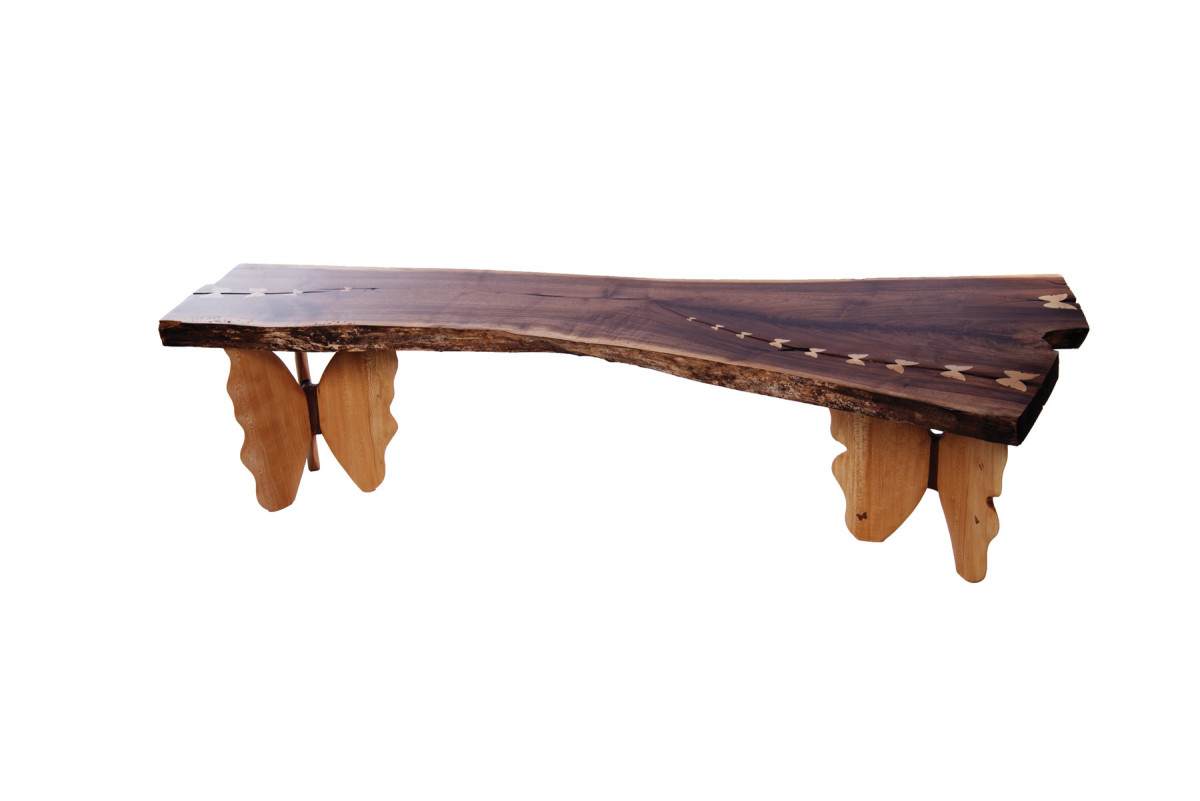 Schwing began this project as “just another live-edge bench” – but realized that, when he had to cut some butterflies to secure the cracks, he could use a laser engraver to cut them in the shape of actual butterflies. “So of course,” he said,  “I made the legs to match.” The top is walnut with maple butterflies, and the legs are quartersawn sycamore with some nice chatoyance – to mimic the shimmer of a butterfly’s wings. 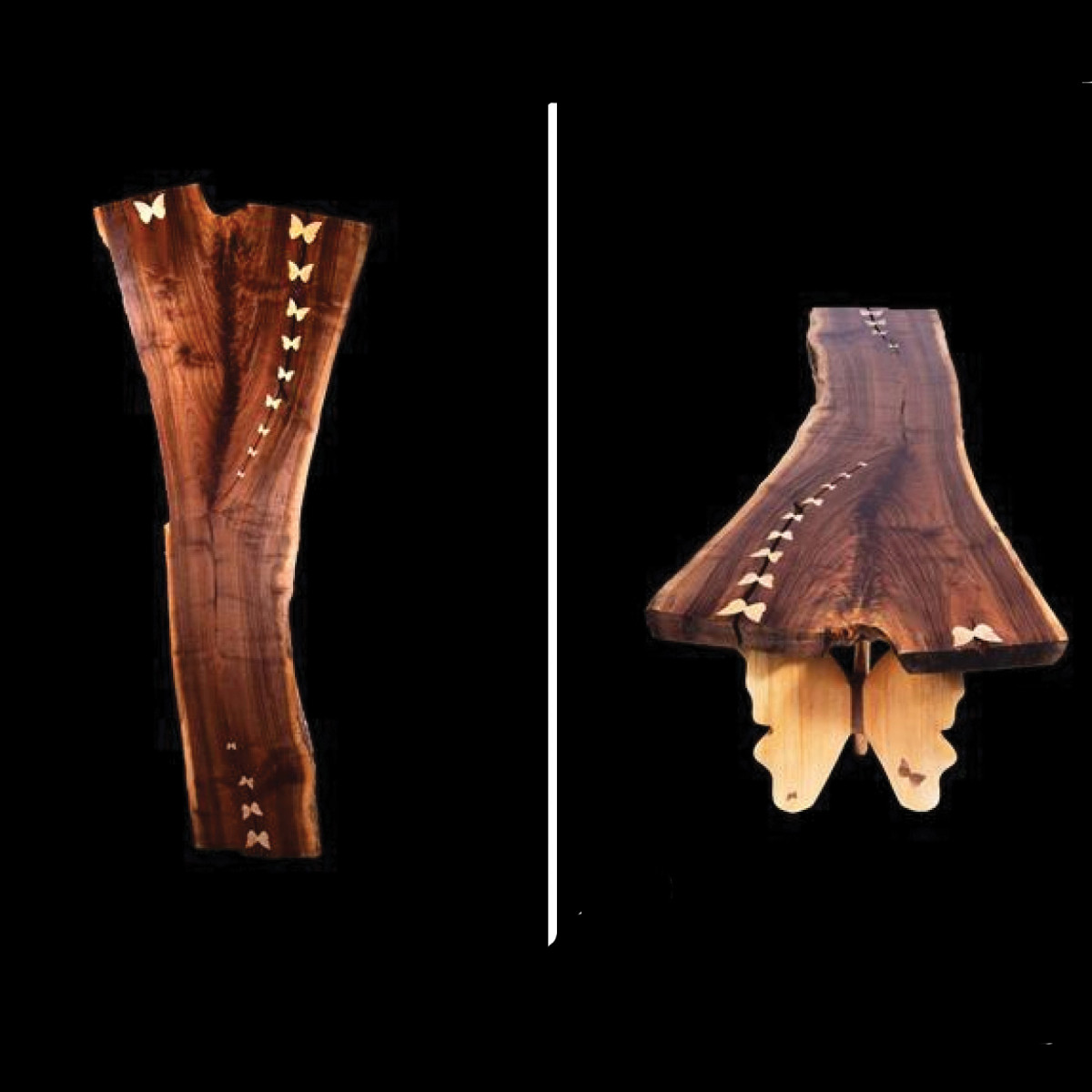 He got his start in woodworking as a kid, helping his father and grandfather build boats, and some of his turnings are in museums around the world.

See more of his work at schwingwoodworking.com. 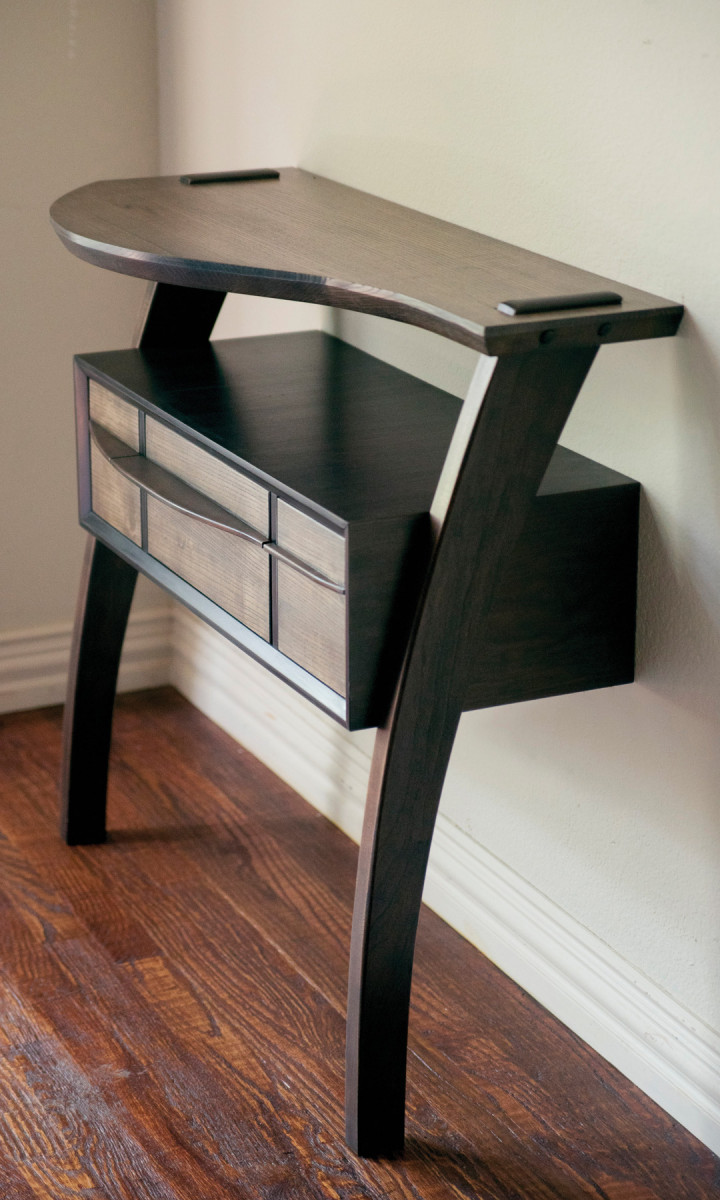 This ash and cherry table was designed as an accent piece for a specific wall space. It balances against that wall on two legs while also providing a large enough surface for a lamp and decorative items. The drawers are dovetailed, and the legs are through-mortised through the top. 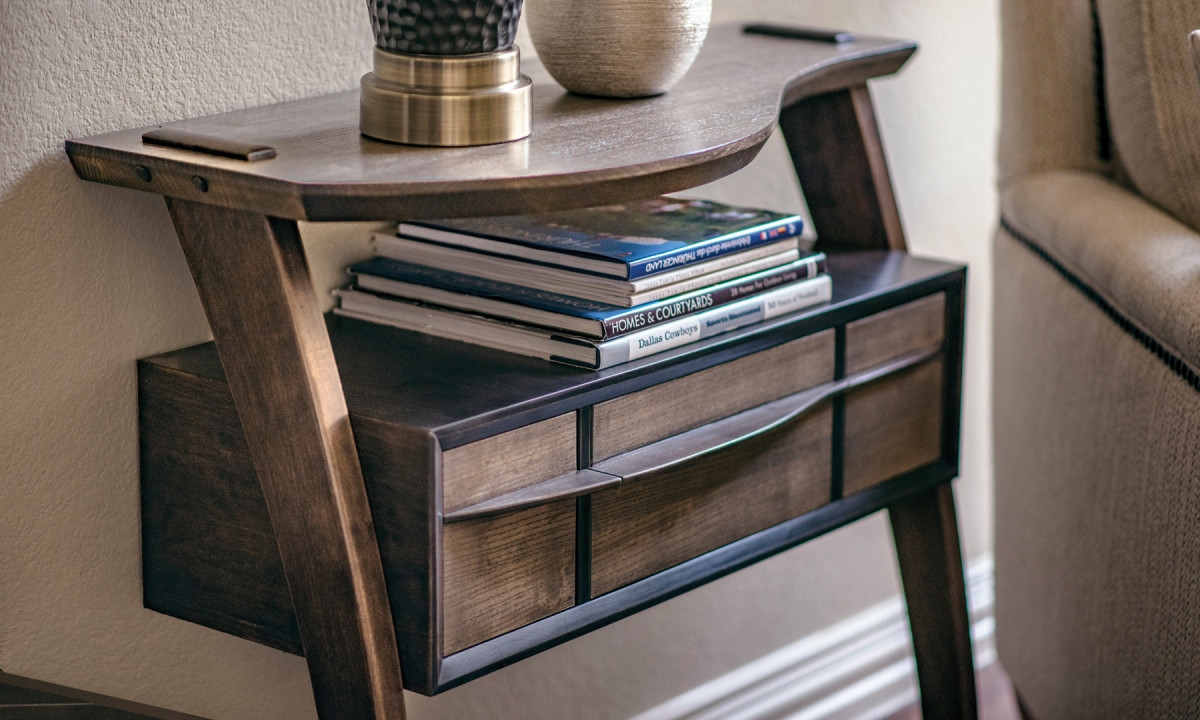 Jones learned woodworking from his self-taught father, who started a cabinet making and building business. Instead of following directly in those footsteps, Jones earned a degree in construction management. In the last few years, he’s gotten back into woodworking, and has enjoyed learning hand tools. “I have a beautiful shop and never miss a day doing something productive there, even if it’s just stepping in to smell the sawdust and plan my next step,” he says. 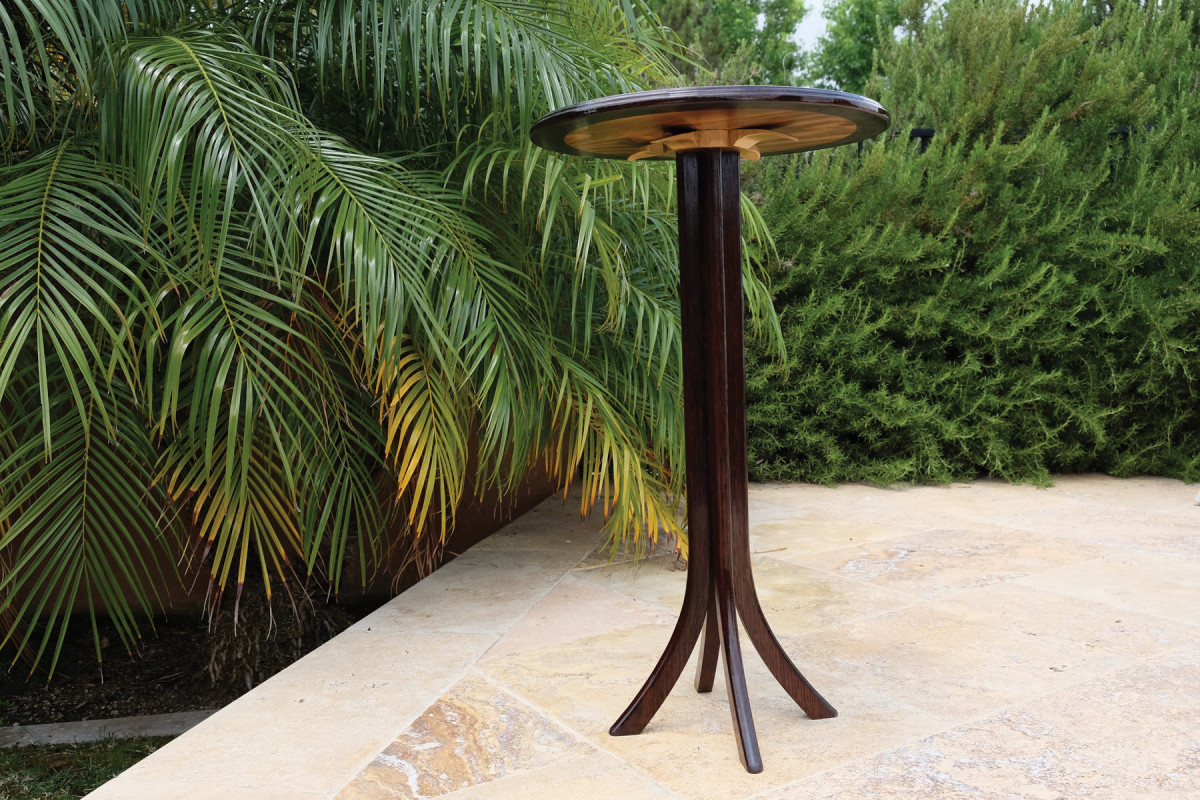 Harrington’s parquetry table in wenge, sycamore, mahogany, cherry and rosewood (over a substrate of Douglas fir) is the overall winner in the Readers’ Choice category. The legs are doweled to a hidden center leg that stops before the curvature, and the top is screwed to the leg assembly though petal-shaped pieces underneath

The inspiration was offcuts from another project, says Harrington, who never lets anything go to waste. “I could see the shape of the legs. The rest fell into place from there; with the legs almost looking like a stem, the flower with the sunburst seemed like the obvious choice for the top.” 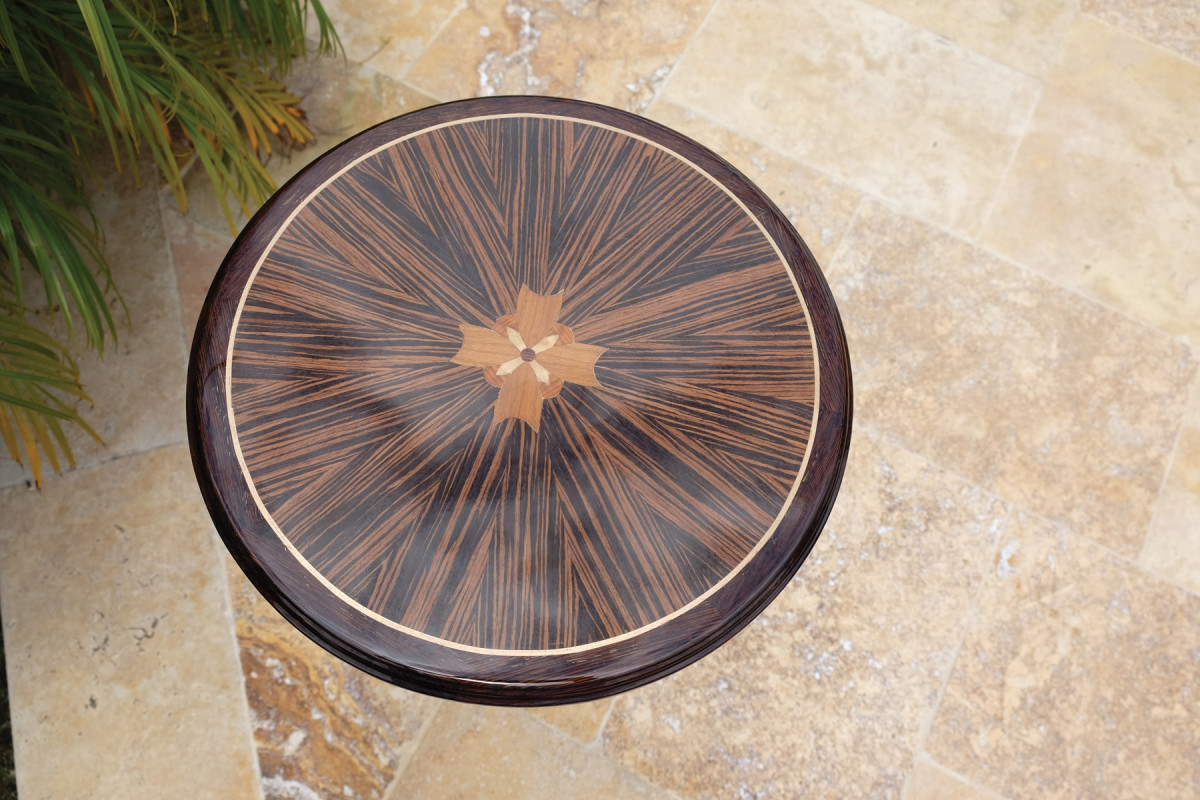 He’s been a woodworker for more than 25 years, and apprenticed in the trade in his native Dublin, Ireland, both in a one-year trades course and in a four-year comprehensive program for City and Guilds certification.

Harrington works on everything from original concepts – such as his table here – to period reproductions and maritime furniture. 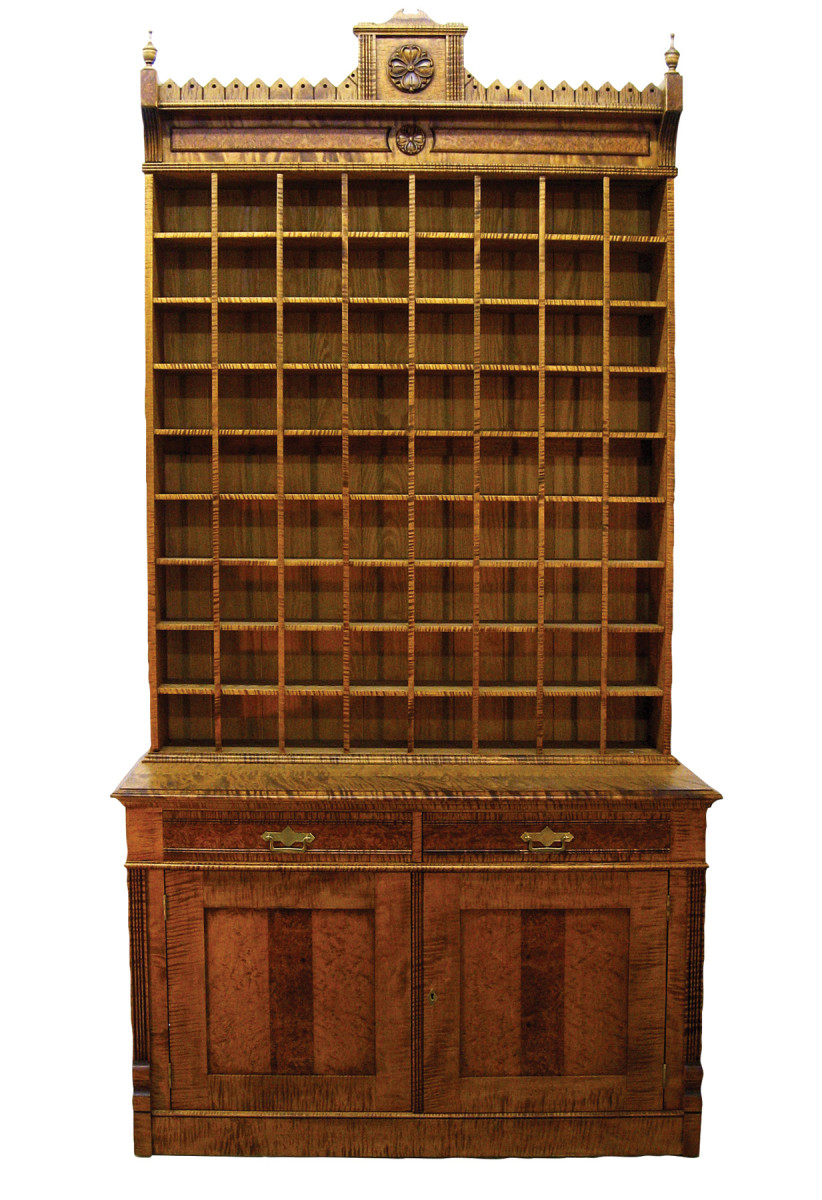 This curly maple cabinet, which features accents of bird’s-eye and burl maple, simply blew us away with the detail work, including the many cubbyholes. It’s a near reproduction of a piece listed in an 1884 barber’s supply catalog.

Bowling began woodworking as a teenager, honing his skills in the stair shop of his father’s building supply company and lumberyard. After graduating from the Roberto Venn School of Luthiery in 1998, he stepped up his precision skills while working as an acoustic guitar maker at Collings Guitars before turning to antique restoration.

Since 2007, Bowling has owned Dellabrook Woodworking & Restoration, where he builds about 40 pieces for customers per year, along with restoration work. His website is dellabrookwoodworking.com. 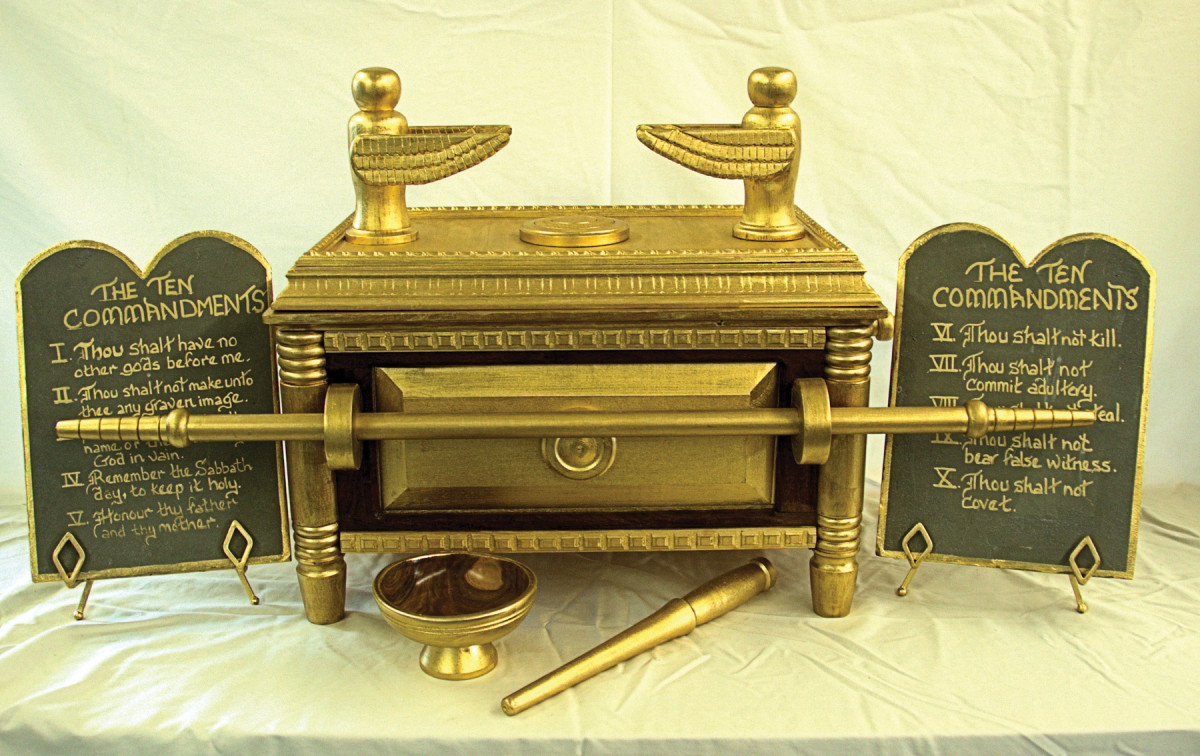 McGann’s reader-award-winning piece is a reproduction of what he considers one of the most important religious relics in history.  A cubit is equal to 18″, so this is a half-scale reproduction that features 23 turnings and hand-carved angels’ wings. It’s constructed of walnut, mahogany, birch plywood, spalted pecan and poplar (and is finished in gold paint).

McGann says this project, among the hundreds he’s made in his 50 years of woodworking, “has been far and away the most interesting,” and has garnered more attention than any other.”  It’s been displayed at his woodworking and turning clubs, churches, and an art show – plus his local television station ran a segment on the piece on the Sunday evening news. 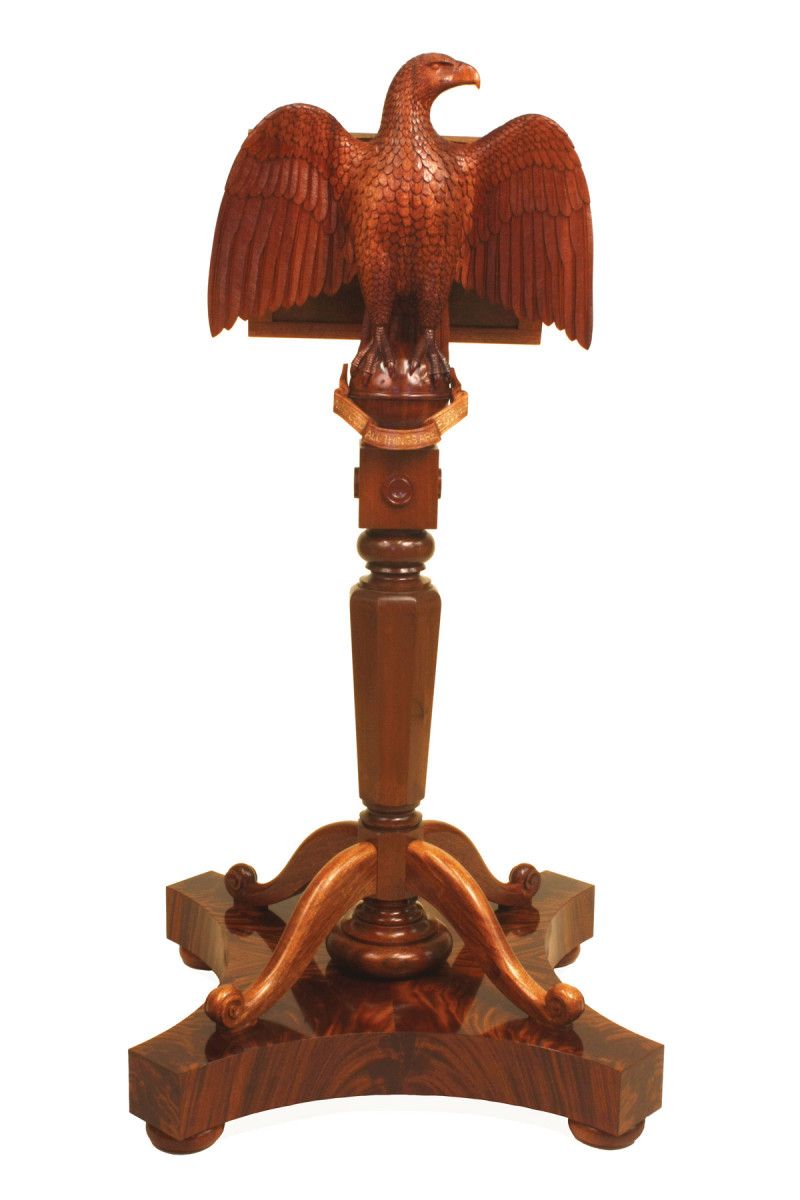 The masterful carving on Arnold’s mahogany and mahogany veneer eagle, designed and made for the Ohio Statehouse, was the clear winner for us in this category. We’re captivated by how the details were designed to reflect other furnishing in the House chamber, including the faceted turnings and the scrolled knee braces. Beyond the carving, the piece involved faceplate and spindle turning, veneering, joinery and hardware improvisation. 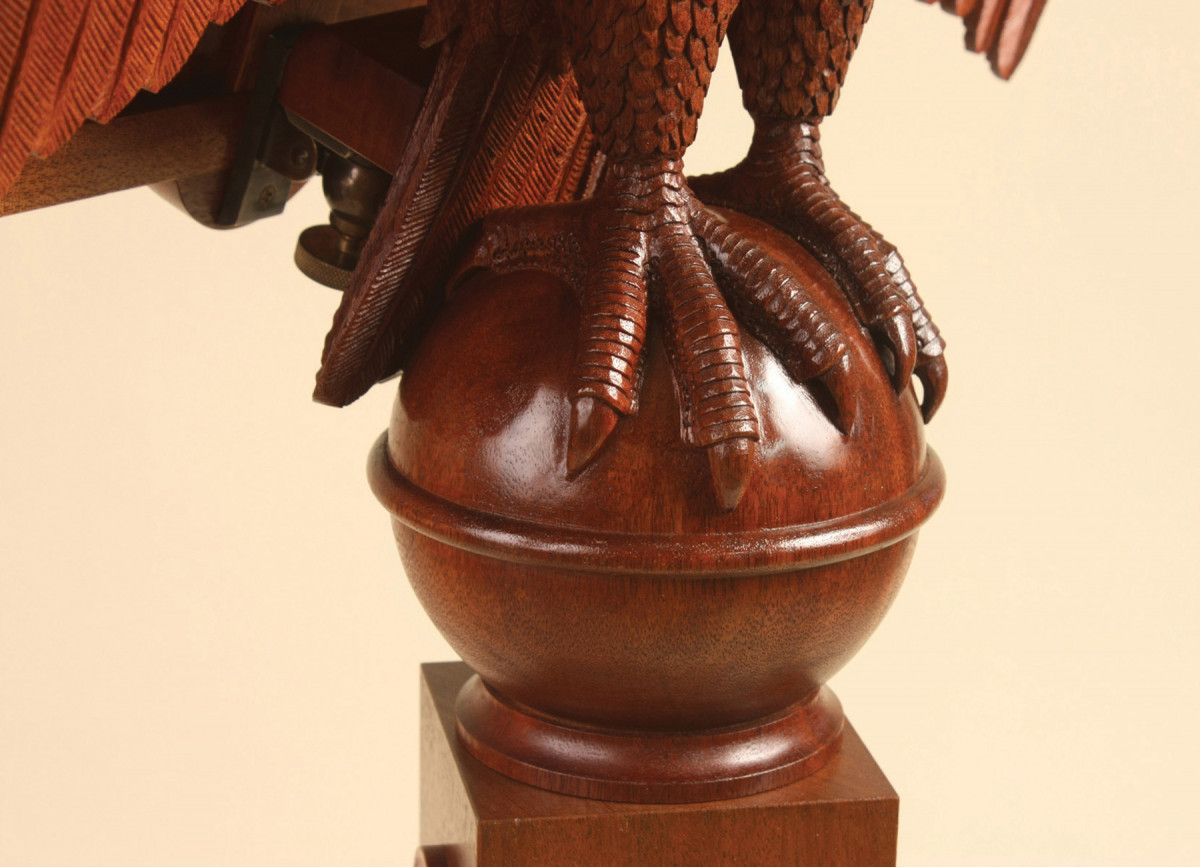 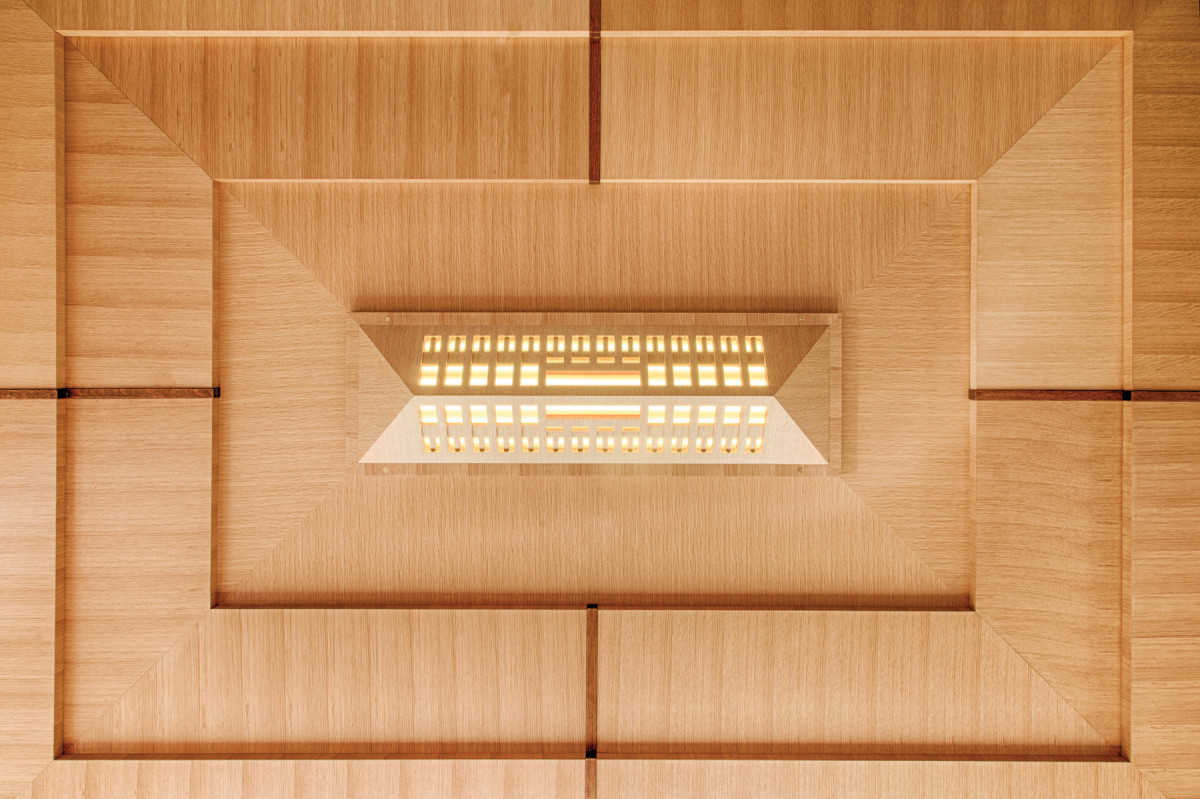 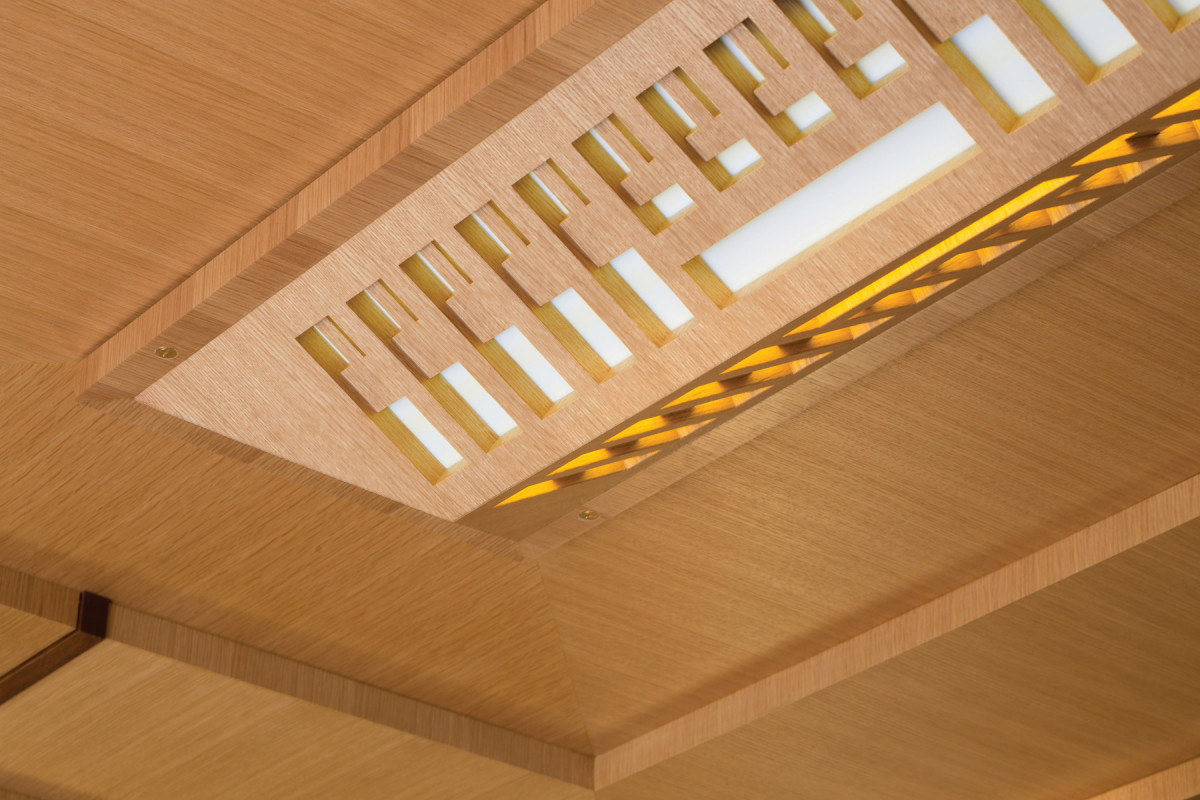 Specializing in historic home preservation, Wiedmeyer makes the new look as if it has been there forever, recreating the smallest details to bring period houses back to their full glory. He’s an award-winning carpenter, mill worker, furniture maker and 16-time Chicago “Painted Lady” winner.

You can see more of his work online at qualitypaintingandcarpentry.com.  PWM Update on Woodworking in AmericaShop Blog