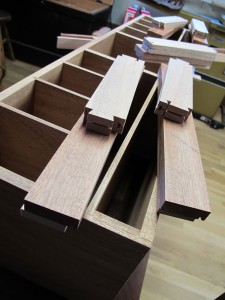 Years ago I was asked to judge a building contest put on by Bosch that pitted young technical students against one another for a big cash prize and a whole bunch of tools.

For the contest, the students were given a plan, some wood, some tools and a certain number of hours to get it done. As judges, we had to watch them to ensure they were safe and to observe their work practices.

The Bosch officials were interested in the project the students built, but they were equally interested in evaluating how efficient and tidy their work habits were. Most of the students were total slobs and they became more and more frustrated as the day wore on. But a few of the students swept up, organized their parts and tools into discrete piles and never panicked.

These students were the finalists.

Now it might be easy to chalk up the score for neatness to Bosch’s Teutonic roots, but I don’t think it’s that simple.