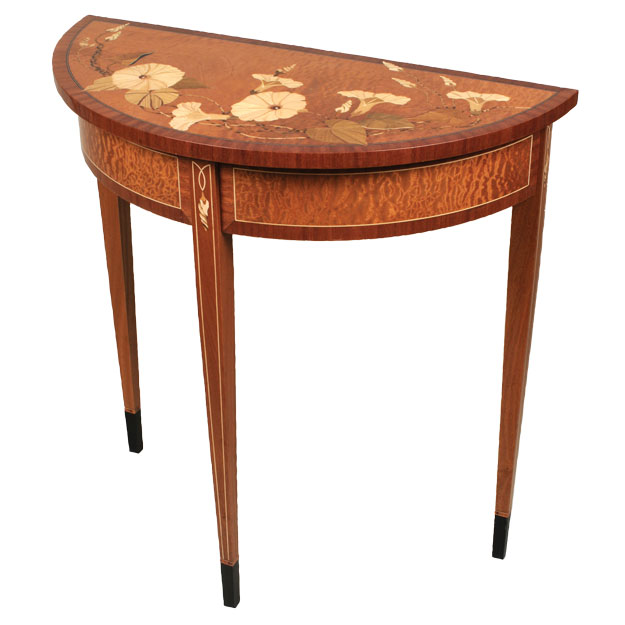 We had a heck of a time deciding on the Editors’ Choice winners – and the Grand Prize winner – in the 2017 PWM Excellence Awards. There was so much outstanding work from which to choose. But we had to pick…so here they are: The Editors’ Choice and Readers’ Choice winners in each of the five categories, led off by the stunning work of Al Spicer – recipient of the Grand Prize. (And stay tuned for the 2018 content – we’ll start taking submissions at the start of the year). 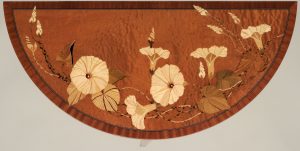 The grand prize goes to Al Spicer for his demilune (half-moon) marquetry table (shown above in ful), featuring on its top a flowering morning glory vine in various veneers. The legs are solid sapele with holly stringing and an accent bud, and the apron and top are pomelle sapele with a border of quartered sapele.

Spicer began his career as a photographer and spent 36 years working on the visual side of things in newspapers.