Whether you're a contractor, looking to help people build their dream houses, or a homeowner wanting to avoid costly mistakes, you would need tools that will help make your job a lot easier. Although there are quite a few tools that are required, some of them are more important than others.

One such tool is the stud finder. A stud finder helps you locate framing studs behind drywall, plaster, and other wall surfaces. A stud finder is a tool that enables you to find the wooden beams, or studs, in walls to avoid them while drilling or nailing. This is important because hitting a stud while drilling can cause severe damage to your drill bit, and hitting one while nailing can cause the nail to bend or break. To help you choose the right finder for your home renovation needs, we've compiled a list of the highest-rated stud finders of 2022. 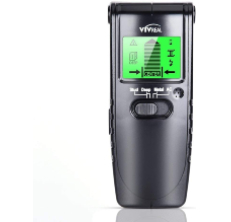 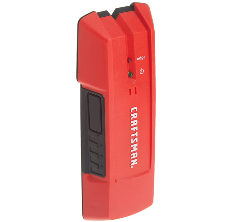 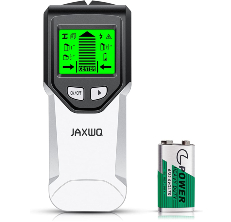 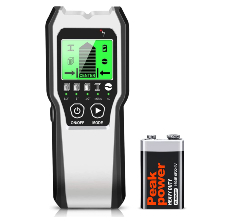 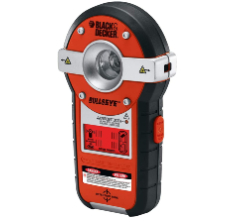 A Buyer’s Guide to Finding Your Next Quality Stud Finder

Stud finders make the difference between a do-it-yourselfer and someone who has to hire a professional contractor for their home improvement projects. These nifty little devices help you avoid the hassle and expense of repairing walls or floors that have been accidentally damaged during your work. This is why choosing the right stud finder for your needs is vital before starting any project.

Things To Look for in a Stud Finder

Most stud finders operate on batteries, so it is important to choose one that uses a type of battery that is readily available. You would also want one that lasts long enough to complete your project without having to stop in the middle to change batteries. Also, remember to keep extra batteries handy if your finder doesn’t have recharging capabilities.

You want something small enough to fit in your hand but not so small that it is difficult to hold onto. You will be holding your stud finder against the wall for long periods, so choosing one that is comfortable is important. A heavy finder will strain your arm, tiring it out a lot earlier. If it is too small, you may have difficulty keeping it steady.

Although not essential, some stud finders have extra features that can be handy. For example, some have built-in levels to help you hang pictures or shelves straight. Others have integrated flashlights to help you see in dark corners. If you are looking for a new stud finder, why not invest in one with these extra features?

Magnetic stud finders rely on the fact that most nails used to secure studs are made of ferrous metal. This stud finder is simply a powerful magnet that is swept across the wall's surface. The magnet will be attracted to the nails, and the stud finder can then be used to mark the location of the studs behind the drywall.

Electronic stud finders use radio frequencies to detect the edges of studs behind the wall. This type of stud finder is more accurate than a magnetic stud finder but can also be more expensive.

Ultrasonic stud finders use sound waves to detect the edges of studs behind the wall. This type of stud finder is the most accurate but can also be the most expensive.

Using a stud finder is a quick and easy way to avoid accidentally damaging your home during a renovation or repair project. With just a few simple steps, you can easily find the studs on your wall and avoid costly mistakes. So next time you start a project, make sure you have the right stud finder on hand to help you get the job done right.

Here Is the Quality Stud Finder of 2022

Don’t undertake any risks and invest in a reliable stud finder like the Vivreal Wall Scanner. This smart device also has four scanning modes to accommodate your needs. Plus, it comes with a loud sound warning and an LCD screen to help you find the perfect spot for your new piece of art or furniture.

This scanner can also help you find rebar, pipes, and other metal objects behind walls, floors, ceilings, and other difficult-to-reach places, making it a handy tool for any home improvement project. Additionally, this easy-to-use scanner can be used by people of any skill level and provides extremely accurate results, making it the best overall stud finder on this list.

Want to find a stud finder that you can rely on no matter the project? Look no further! The Craftsman Stud Finder is durable and long-lasting, able to withstand even the most challenging conditions. So whether your walls are covered in wallpaper or fabric, this stud finder will do the job. Since it can locate the edges of both wood and metal studs, you can be confident that you’ll find what you’re looking for.

The scanner’s interface is also very easy to use, making it suitable for new homeowners or contractors. Hold it against the wall and slide until the light turns green, indicating that a stud has been found.

Ever wondered if there was a single stud finder that could do it all? Well, your search is finally over! This amazing stud finder has five scanning modes, an intelligent microprocessor chip, and an HD LCD. With this stud finder, you’ll be able to quickly and easily find the edges and center of wood, metal, AC wires, and even pipes!

Its intelligent micro-sensor chip makes this scanner different from other stud finders on the market. With this chip, the stud finder can accurately and quickly locate whatever you’re looking for. Plus, the large LCD and sound alarm make it easy to find the exact location of the object you’re looking for. This scanner also comes with automatic calibration, allowing it to adjust to anywhere on the wall and provide accurate results for the center of the studs.

Whether you’re mounting a TV, hanging cabinets, or looking for hidden objects on your walls, the Folai Stud Finder is up to the task. This device is extremely accurate and makes use of sensor technology to identify the locations of different dwellers like pipes, lines, frames, and most importantly, studs. With five different scanning modes and an easy-to-use ergonomic design, this stud finder is perfect for any job, big or small.

The LCD and audio alarm make it easy to find the exact position of the stud, while the auto-calibration feature provides maximum reliability and accuracy. So why spend hours knocking on walls or tearing up your drywall when you can use the Folai Stud Finder to get the job done quickly and easily?

As the saying goes, “two heads are better than one”. The Black+Decker Line Laser, Auto-Leveling with Stud Finder, is a two-in-one tool that takes the guesswork out of hanging pictures and mirrors or straightening shelves. With its easy-to-read LCD and intuitive design, this stud finder is suitable for users of all skill levels.

But the show’s real star is the patented auto-leveling technology, which ensures your lines are always straight and your results are flawless. Additionally, this locator can help locate wooden and metallic studs, as well as live wires. With the help of this locator, you’ll never have to worry about putting holes or getting electrocuted.

Q: How does a stud finder find studs?

A: A stud finder works by detecting the metal fasteners that are used to hold drywall or wallboard in place. The detection process is based on the principle of electromagnetic induction, whereby a magnetic field is generated around the metal fastener and detected by the stud finder.

Q: How do you find a stud without a stud finder?

A: One of the most common ways of finding a stud without a finder is to knock on the wall and observe the sounds it makes. If the sound produced is solid, a stud is behind the wall. Another method is to use a small nail or another sharp object to poke holes in the wall until you hit a stud.

A: Most stud finders on the market today are pretty accurate. However, there is always the potential for error, so it is always best to double-check the stud finder's readings by knocking on the wall or using another method to locate the studs. 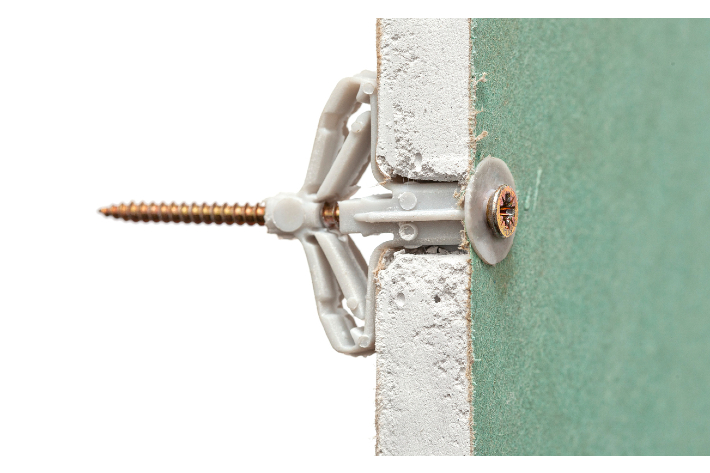 Keep Everything Hanging Tight With the Best Hollow Wall Anchors 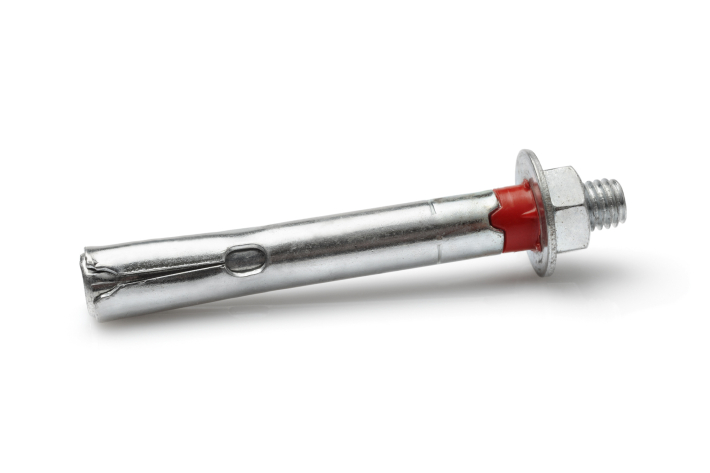 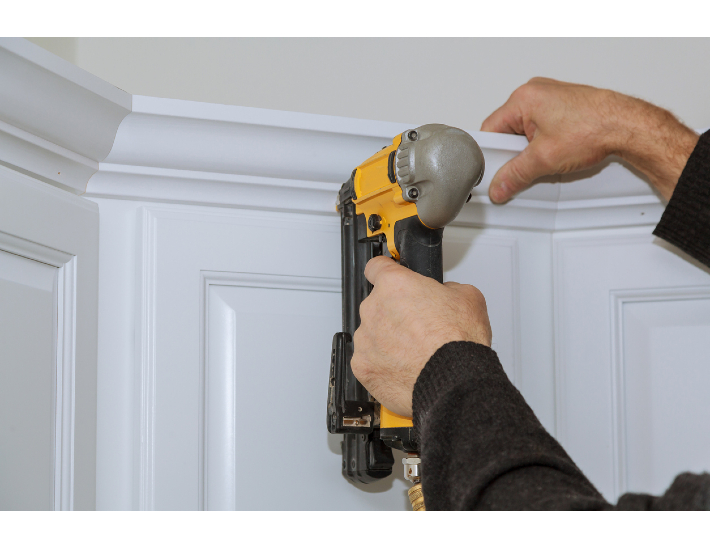