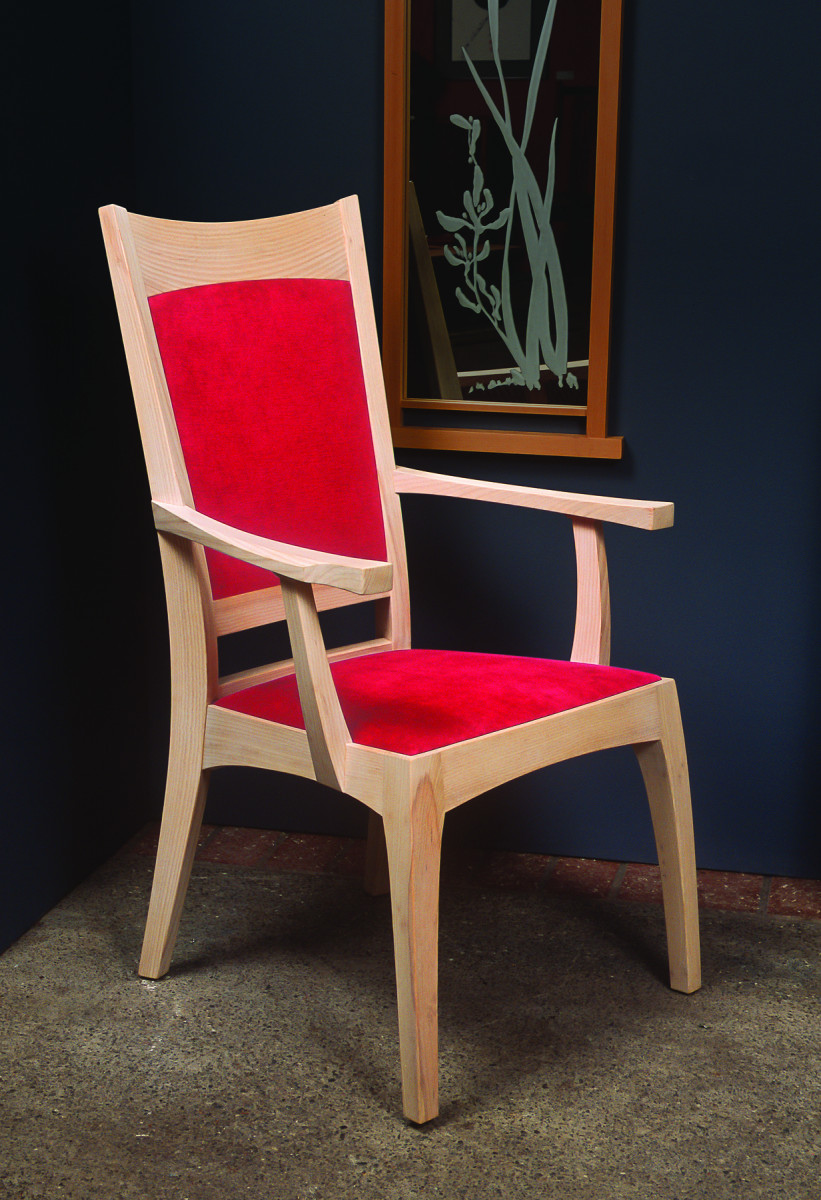 ‘Dannebrog’ armchair. This Oregon ash chair is upholstered in velvet that’s the same color as the red of the Danish flag. Ejler Hjorth-Westh says it’s a social commentary on who is allowed to sit on what.

Enthusiasm and people skills are the keys to Ejler Hjorth-Westh’s success.

On California’s Mendocino coast, you really never know who you are talking to by looking. Institutional “costume” doesn’t fly around here, so it is not always easy to tell who belongs into which socially recognizable box. So, when you first look at Ejler Hjorth-Westh, with his aw-shucks overalls and his outsized signature beard, you can be pretty sure that his appearance is deceiving.

Ejler was raised on a farm in Denmark, and still considers himself a farm boy at heart. He studied religion (to Ejler, a study in religion was a study in philosophy) and biology in college, has a teaching degree in biology, is a boatbuilder who fishes the chilly Pacific waters near his home in Elk, Calif.,