Bring Life to Your Tools With the Best Rust Removers

Rust slowly but gradually eats away iron and steel from the insides. In the most extreme cases, your precious equipment is on its deathbed before you can do anything about it. From a wrench in your toolbox to heavy-duty cars and trucks, it’s alarming how even the smallest amount of moisture and oxygen can ruin your most prized tools.

Rust removers offer a way to apprehend this silent killer, and one of its perks is how it tackles the issue before it reaches irreparable damage. These perfectly curated solutions can tackle the most frustrating rust conditions without damaging the structural integrity, and to add to its name some rust removers can fend off corrosive substances for good.

From acid-based removers to pH-neutral formulas that keep the sleekness and luster of the metal intact, there’s a lot to consider to make the perfect purchase. To help you navigate the expansive online marketplace, we’ve curated a list of the top rust removers of 2022! 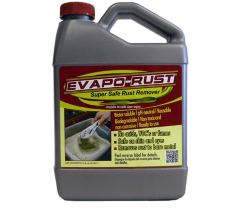 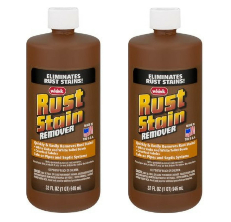 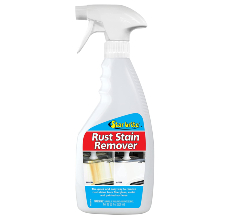 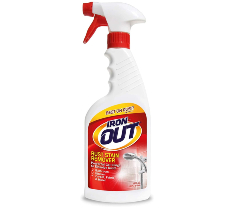 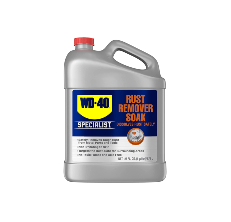 Whether it’s your bathroom sink or your daily driven vehicle, if you fail to keep up with the regular cleaning and maintenance rust will show no mercy. Sure, rust removers are a cheaper and easier way to fight off the rust. But they can damage your equipment beyond repair if you lay your hands on the wrong one. Thankfully, we have compiled a list of everything you need to know to get the perfect rust remover your objects need.

What to Look for in a Rust Remover

Although quality, effectiveness, and safety ought to be your primary concerns, the definition of a quality rust remover will all depend on the type of rust remover you are buying. While some are more effective than others, they might be harmful.

Since acid is the dominant ingredient in most chemical rust removers, they are considered the most powerful and effective against corroded surfaces. While they take minutes to remove the rust from metals, they emit cogent fumes while doing so. That said, unless you are experimenting in an open space or wearing some protective gear, they might irritate your lungs and skin.

Chemical rust removers also feature less aggressive versions, particularly crafted from sodium hydrosulfite or petroleum-based solutions. Being less toxic and cogent than acidic versions, they require a minimum of 30 minutes up to 24 hours to fight off the rust. While some may only be efficient in removing only rust stains, they are safer to use than their counterparts.

Chelating rust removers are nothing less than revolutionary additions to the rust remover’s lineup. With no toxic chemicals or acids, they are curated from biodegradable ingredients laying no harm to you whatsoever. The recent invention works by adhering to the oxidized particles and stripping them away from the surface, and the process can take about 30 minutes to 24 hours to complete.

Despite being another ingenious invention, rust converters take on a different approach to tackling rust. Instead of eradicating it from the surface as rust removers do, they transform the layer of rust into a primed surface that can be painted. Preventing any rust formation in the future, they can also be applied with a brush or can be sprayed on top of the rusted surface.

Here are some factors to consider when purchasing a rust remover:

Here Is the First-Rate Rust Remover of 2022

When it comes to rust removers, the name Evapo-Rust speaks for itself. From hardware tools to antiques and automotive parts, the Evapo-Rust Super Safe Rust Remover can make every metal object rust-free. Curated from a non-toxic water-based solution, the remover is devoid of harmful acids, solvents, and fumes—making it safe to use.

Evapo-Rust requires zero hassle when it comes to usage. To apply, simply dip the object in the rust remover. When you see the rust disintegrating, just rinse it before applying a corrosion inhibitor.

With zero acid formula and convenience in use, the Evapo-Rust Super Safe Rust Remover takes the first spot on our list.

Whink has been a trusted name in the rust-removing industry for a good part of the century. The Whink Rust Remover formula specializes in removing stains from white ceramic sinks and toilet bowls, and it also works efficiently with colorfast fabrics and carpets. Whink also uses acid-based ingredients, which makes it both a stronger cleaning agent and highly volatile.

As much as it is effective it is, just make sure not to let your guard down while applying it. Exposure to the skin can lead to irritation, so it’s best to wear gloves while handling.

The Star Brite Rust Remover comes in a safe-to-use sprinkler bottle, which poses no threat to your well-being. The specialized solution is effective in removing corrosion stains caused by rusty nuts and bolts and marine fittings, and when it comes to functionality the formula works by dissolving the oxidized metal corroded on the surface.

To apply, all you need to do is wipe the material off a few minutes after it’s sprayed. Despite being specifically designed for RVs and marine vehicles, the stain remover can address your household needs as well.

In case you are not a fan of scrubbing, the Iron OUT Gel Rust Remover offers an easier way out. It comes with a non-abrasive and non-acidic spray gel that clings to rust stains, diminishing their effectiveness and hold on the surface. The rust remover readily dissolves the stains without needing a scrub and applying it is as simple as rinsing the surface with water.

The formula removes rust stains from toilets, tubs, tiles, carpets, and clothes. And the best part about the spray gel is that it conveniently reaches vertical and hard-to-reach spaces.

WD-40 is considered a trademark for removing rust. Championed for its non-toxic and effective formula, the WD-40 Specialist can refurbish any rusty metallic surface. Be it your workshop tools or farming tractors, the gallon pack is all you need to renew your rusty equipment—making it one of the cheapest anti-rust solutions out there.

The powerful formula penetrates through surfaces easily and does not require scraping, chipping, or scrubbing. The industry-leading rust remover conforms to NSF standards and is also VOC compliant in all 50 states, attesting to its credibility and safety.

A: It depends on the pH of the rust remover. If the solution is more acidic or potent, it will either remove or dull the painted surface. To avoid this, always go with pH-neutral rust removers.

Q: Can I use vinegar to remove rust?

A: Vinegar contains acetic acid that can dissolve oxidized iron particles on a metal surface. In regards to stubborn rust, you should go with rust-removing solutions that are specifically made to tackle rust.

A: Aside from rust removers being harmful, they can damage your skin. A single application can also release acidic fumes, which can further affect and irritate your lungs.

Q: Do I have to wear a mask while working with rust removers?

A: You should always take preventive measures before beginning the process. Wearing an N-95 mask can protect your lungs from the harmful fumes released by these products. 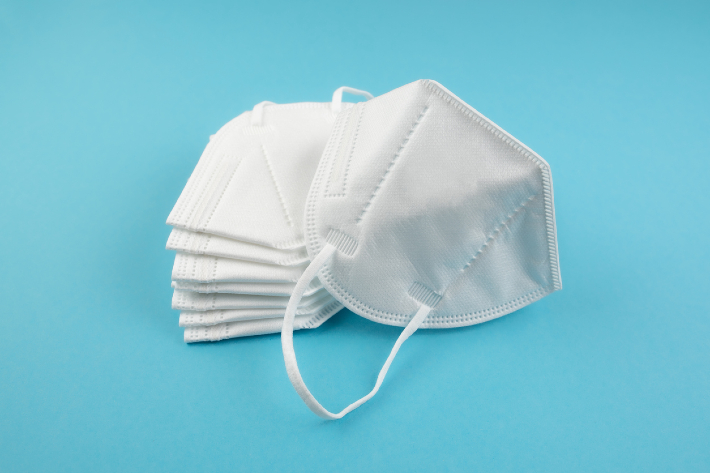 Elevate Your Cleaning Regime With the Best Dust Masks 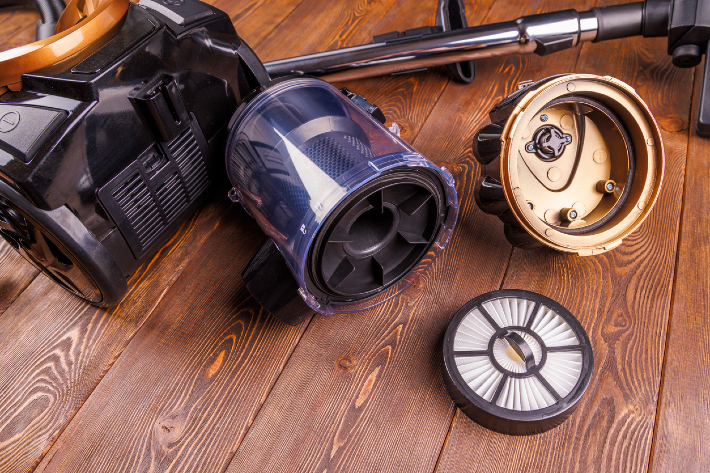 The Best HEPA Vacuums for Cleaning Your House 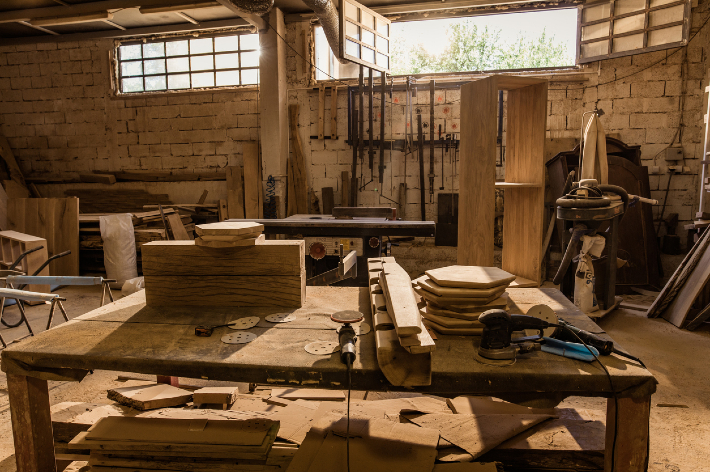 Keep Your Tools Organized With the Best Workbenches