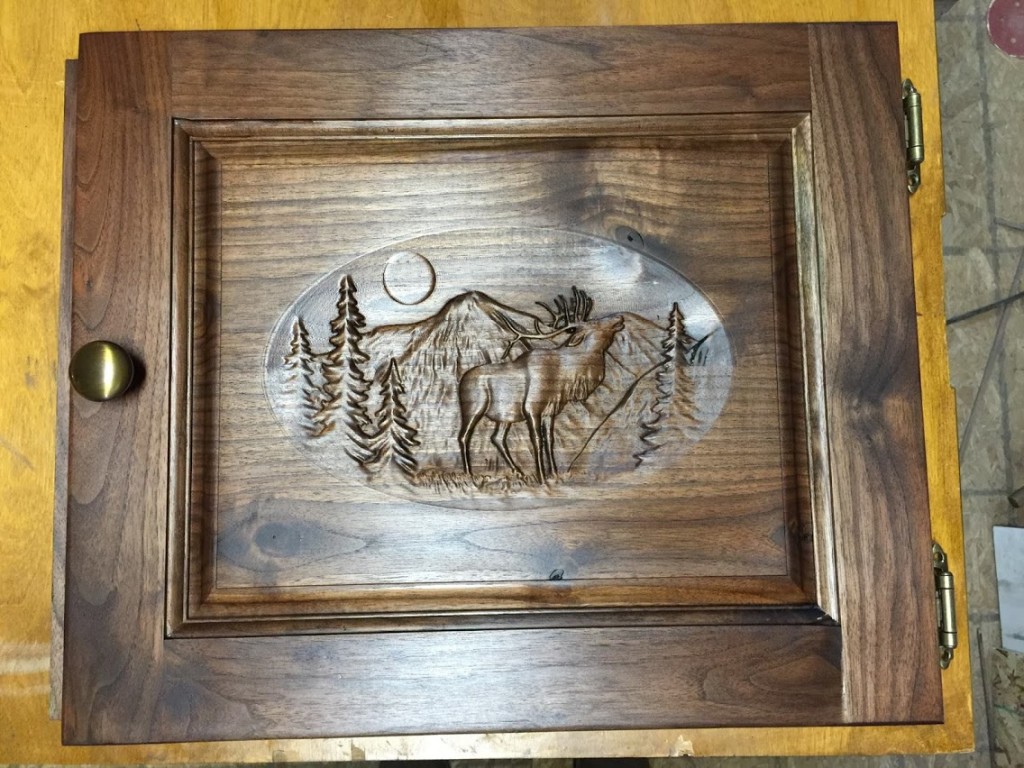 I use my CNC router mostly to make small parts out of solid wood, MDF and plastic. Until recently, I had never done any 3D work with it. Then I saw a photo from one of the students in Build a CNC Router, and I was inspired to try something new.

Randy Winn posted a couple of photos on Google+ of some carvings he did with his CNC router. He carved two scenes into some walnut frame-and-panel doors. 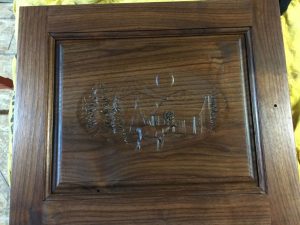 Randy Winn carved this scene into walnut with his CNC router.

Here’s how Randy did it. First, he purchased some 3D artwork from a company online that specializes in downloadable files that can be used for CNC work. Next, he imported the file into some special software that generates code from the shape. He had to do a little work in the software; it doesn’t create the code automatically.

Randy exported two separate files for each carving: one for a roughing pass with a ¼” spiral end-mill and another for a finishing pass with a 1/16” tapered ball-nose bit. Don’t Forget the Quality of the KilnShop Blog