From large-scale roofing projects to designing classy metalware and artifacts, metalworking continues to captivate many as both a hobby and career. The ever-growing industry widens the scope for innovative and state-of-the-art machinery that facilitates and streamlines the metal fabrication process. Metal shears are at the root of these innovations.

Even though shearing is among the oldest processes involved in metalworking, power shears come as a massive upgrade from bench-type shears. Metal shears are a powerful, handy tool designed to perform straight and high-precision cuts on large metal sheets. They feature sharp tiny clippers that work in a scissors-like mechanism severing through thick metal sheets accurately and smoothly.

Besides the different types, such as single-cut shears (unishears) and double-cut shears, power shears vary in gauge rating and motor power. Finding the right one depends on the type of work or surface you are working on. Check out this informative list of the finest power shears of 2022 to upgrade your workshop the right way. 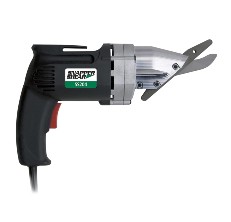 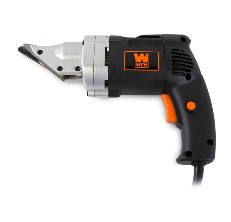 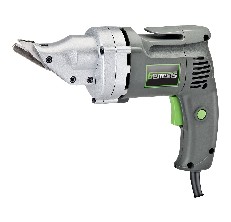 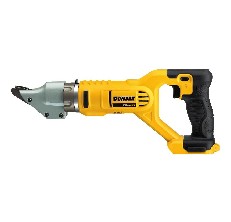 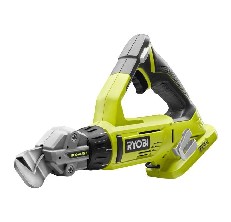 Metal shears are not some recent invention. Though unpowered, it’s one of the oldest tools, being used to cut and shape metal sheets for centuries. From simple manual versions to advanced handheld power shears, Metal shears come in various types and versions. In case you have been associated with the metalworking industry for some years now, you’d definitely have the old manual shears lying somewhere in your workshop.

With the metalworking industry on the rise – in terms of industrial or domestic scale (mostly handicraft) – it’s high time you equip yourself with advanced tools with power shears at the top of your list. Whether you are simply assembling the metal roofing or having a passion for entering the meal handicraft and metalware industry, the need for specialized and efficient power shear remains vital from start to end.

What to Consider When Buying Power Shears?

To get power shears that are efficient, durable, and versatile to use, you need to consider the following factors:

Power shears are not one-size-fits-all in terms of versatility. While some can perform various tasks and are compatible with multiple materials, other power shears are only good for specific jobs and materials. For instance, construction workers who are associated with roofing will need a different pair of metal shears than the ones who specialize in automotive repair and will require one better suited to their needs. Make sure you determine what you need power shears for before purchasing.

Electric power shears come in two main types: corded and cordless. Considering each has its own set of pros and cons, inspect to determine which one would work best for you.

Like many other powered tools in your workshop, corded metal shears must be plugged into a power source to operate. They usually feature a 4–6-amp power motor that requires 110–120 volts of current on average. They specialize in taking up extensive and pressure-inducive tasks with their effective cutting capability. Corded power shears can effectively cut through a stainless-steel sheet, averaging 18–22 GA.

A more lightweight and convenient version of power shears, cordless shears operate distinctively through either rechargeable or replaceable batteries. Even though they require just as much power as their corded counterparts, cordless metal shears use the power more efficiently. With cutting through thick metal sheets, these versions appear lacking. A standard pair of cordless power shears can cut materials up to 14 GA in thickness, making them ideal for beginners and DIYers.

The gauge rating of most power shears ranges between 22 GA to 14 GA, with the latter being the superior grade. Models with a higher gauge value can only work with thinner metal sheets. Since the power rating of each metal varies, the rating is marked alongside each metal type in the product description.

Apart from the motor, the power shear blade is one factor determining the cutting power and longevity of a power shear. Since they are the ones in contact with the material, blades should be sturdy enough to last longer. Even though blades are replaceable, try to make the best out of the ones installed.

Besides the strength and durability, a blade should be intricately sharp for a smoother and finer metal cutting experience. Pay attention to the blade formation as well. The number of blades and their positioning determines the smoothness and uniformity of sliced metal sheets. It also helps in etching shapes or making curved cutting on the sheet.

Double-cut Shears Versus Single-cut or Unishears: Which One Should You Choose?

Beginners often get confused between double-cut and single-cut power shears, mistaking them for the number of blades. Read on to learn about the differences between differently cut shears:

Double-cut shears have two distinctive cutters that move against each other to slice through a metal sheet. Unlike its counterpart, a double-cut shear leaves behind residue but keeps the uniformity of the metal structure from any distortions.

Reviewing the Most Premium Power Shear of 2022

With its sturdy tool blades and smart shearing capability, no more irregular or blunt siding, the PacTool Power Shears is perfectly designed to suit professionals and DIYers. This corded tool contains a ⅜-inch driving motor coupled with a precision-machined cutting head that can easily slice through cement sidings up to 5/16-inch in thickness.

The shears are equipped with heavy-duty solid steel blades with cutting capabilities up to 20,000 linear feet. The clippers are durable enough to side metal sheets and Hardie boards for 15 homes, on average. The carefully crafted design provides an efficient cleanup, preventing any silica airborne dust that may harm workers. Its effective safety assurance features make it an OSHA-compliant power shears and the overall best on the list.

– Best for Angled and Curved Cuts

Whether you need to cut through a 20 gauge stainless steel sheet or make angled cuts on an 18 gauge metallic sheet, the Wen 3650 Corded Metal Shears do the job precisely and smoothly. These power shears have a 4-amp high-power motor equipped with pressure-sensitive speed adjustments varying between 0 to 2,500 SPM (strokes per minute) depending on the thickness of the metal sheets you are working on.

Unlike straight-head clippers, these metal shears come with a 360-degree rotatable swivel head that sets the stage for making angled cuts. It features a 3-inch turning radius that proves effective in making curved cuts. The double-cut blade configuration allows you to make ¼-inch curled metal cuts. Since the metal shears weigh only 4.7 pounds, you won’t feel any fatigue despite working for hours.

If you are looking for power shears that cut through cement sidings and large-sized metal sheets up to 14-gauge, the Genesis GES40 has everything you need. Backed by a 4-amp motor, this pair of power shears is laden with sharp and high-precision, preventing metal deformations while making angular and curled cuts.

These sharp blades can be driven with variable speeds up to 2,500 SPM, making it easier to carve different metal surfaces, including 14-gauge aluminum and 20 gauge stainless steel, while keeping emissions to the minimum. Whether you want bevel cuts on the sides or need to design curved edges, the 360-degree rotatable swivel tip suits every requirement.

DEWALT is always at the forefront of manufacturing industry-grade, efficient, and ergonomic hardware tools related to wood and metalworking, and these metal shears are nothing short of amazing. The Dewalt Max Metal Shears feature a 360-degree swivel head that gives you an edge when cutting metal sheets in sharp angles and tight quarters.

The blades are also sharp enough to easily cut 7/32-inch metal strips that smoothly curl out of the surface-emitting no metal dust. It is also embedded with an LED at the tip, facilitating work in dim light conditions. These metal shears are cordless and features lightweight construction, making it a perfectly suitable handheld pair of power shears for beginner workers. Despite its relatively higher price tag, you’d need to source batteries separately.

The Ryobi P591 is a one-size-fits-all to slice through different materials. Unlike its counterparts designed to take up specialized materials — mostly metal — the Ryobi Gauge Offset Metal Shears have uniquely designed blades that allow smooth cutting through sheet metal, vinyl siding, plastic structures, shingles, and even chicken wire!

These specialized blades have a higher durability factor that can cut sheets up to 1,000 feet long. While the offset rotating head streamlines angle cutting. With the help of a variable speed trigger, you can determine different SPMs for different materials to maximize the blades life. Its ultra-lightweight design with battery compatibility that enhances portability to remote construction sites ranks it at the top in the power shears league.

Q: What materials can I cut with a power shear?

Q: Are power shears worth it?

A: Power shears allow you to make straight, clean, and precise cuts on metal surfaces. They ensure efficient cutting with a similar consistency and uniformity and keep wastage to a minimum.

Q: Can I make curved cuts with a power shear? 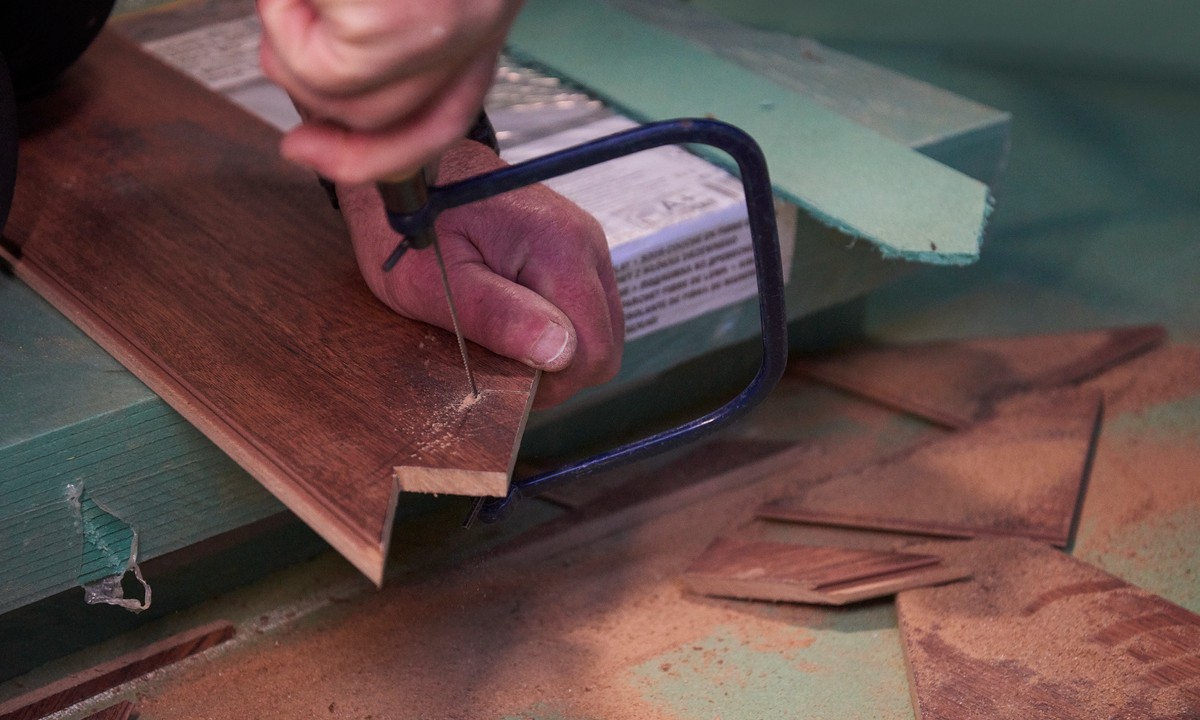 Can a Coping Saw Cut Through Metal? 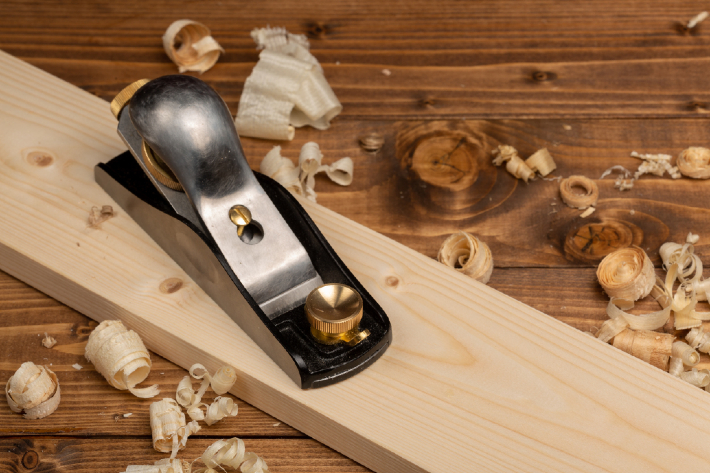 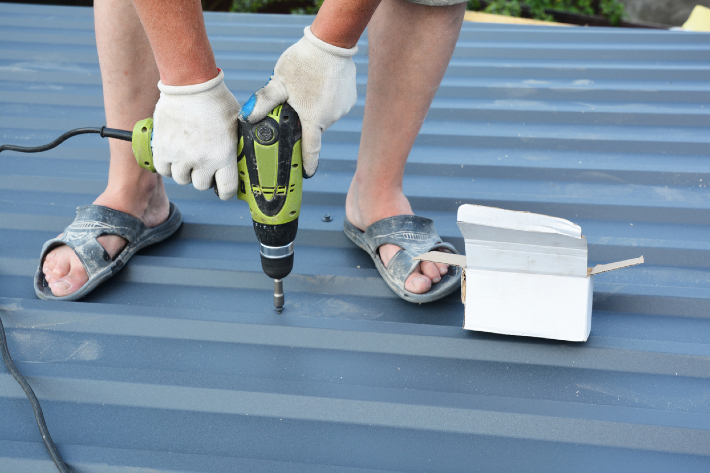 What Is the Difference Between a Screw Gun and a Power Drill? 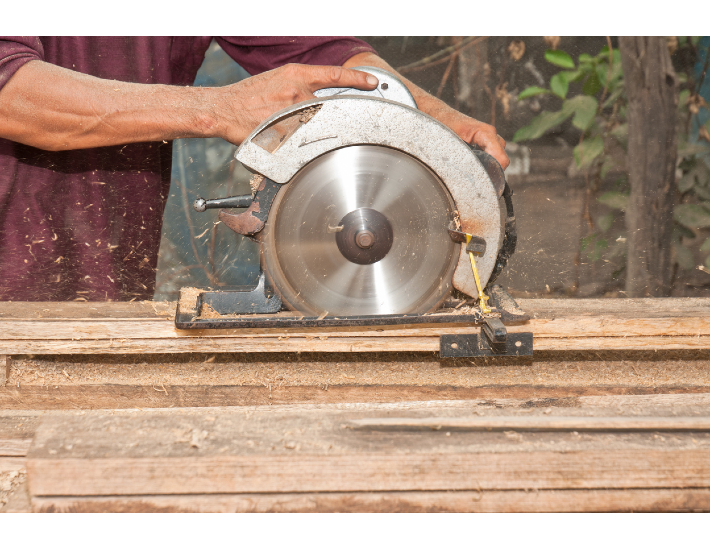 Level up Your Woodworking Skills With the Best Power Saws