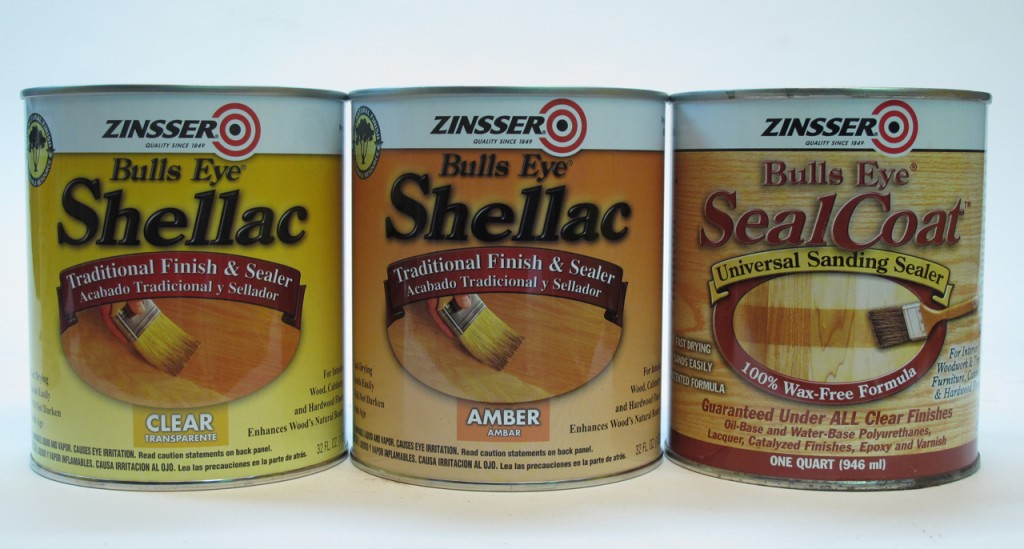 These are the three Zinsser Bulls Eye shellacs that no longer provide a date of packaging or a stated shelf life.

I went to Lowe’s a week ago to buy some shellac and was reminded that Zinsser, the maker of Bulls Eye Amber, Clear and SealCoat brands, no longer provides the date of manufacture so users can calculate whether or not the shellac will dry properly. And now the company has stopped telling users even that there is a shelf life. If Zinsser wanted to be thought of as a user-friendly company, it should be moving in the opposite direction. It should be providing an expiration date on the can like milk and pharmaceuticals in addition to highlighting the shelf life.

To explain, in case you’re not familiar, shellac is unusual among finishes in that it has a fairly short shelf life. There’s disagreement among woodworkers over what this shelf life is exactly: six months, one year, three years? But everyone who has used shellac for a while knows that the longer the shellac has been in its dissolved state the slower it dries and the less hard and water resistant it becomes.

It’s because of this deterioration that many woodworkers recommend dissolving one’s own shellac flakes in denatured alcohol and using the shellac soon thereafter. 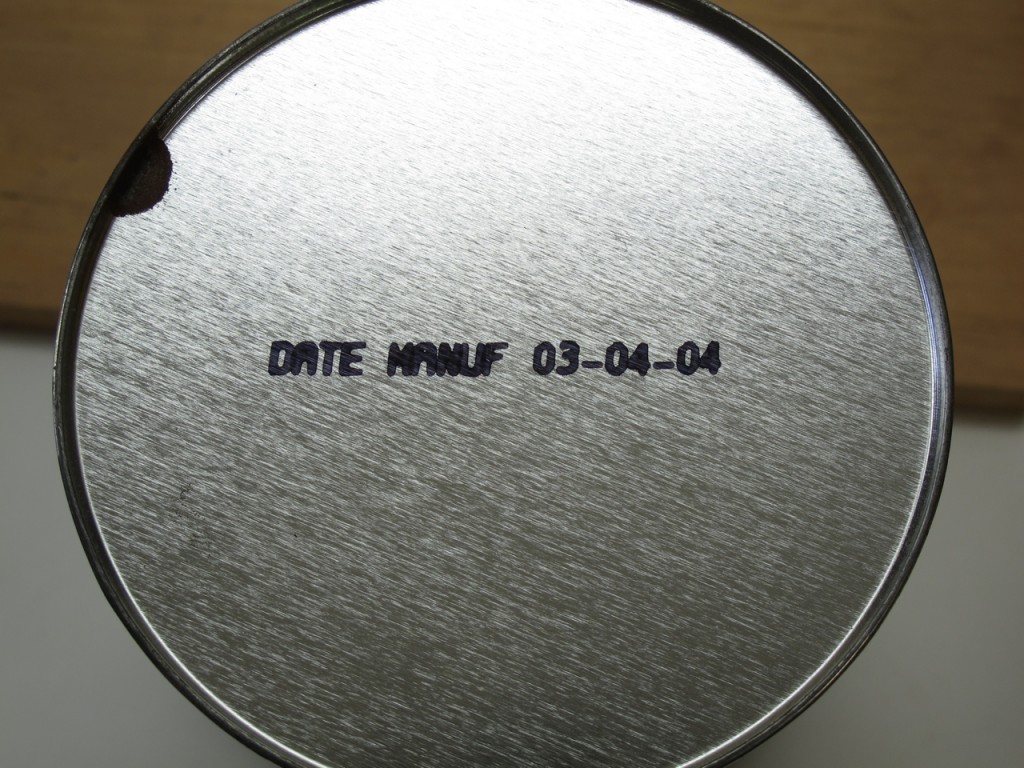 This is the way Zinsser used to date its cans, in English rather than code, on the bottom of the can.

It used to be that Zinsser, which is now the only U.S. company supplying already-dissolved shellac, stamped the date of manufacture on the can, usually on the bottom. The company also told you on the label that the shelf life was three years. As I mentioned, the three-year claim is disputed, but at least the company put some time limit on the product.

In 2004 Zinsser was still telling customers about the 3-year shelf life. It no longer does.

Now, the company no longer provides any of this information. It doesn’t provide the date of manufacture and there’s no mention of shelf life, or “freshness,” as described on my can from 2004.

But there is a lot number stamped on the can, and I called the company to learn how to read this.

Here is how to read the stamp. 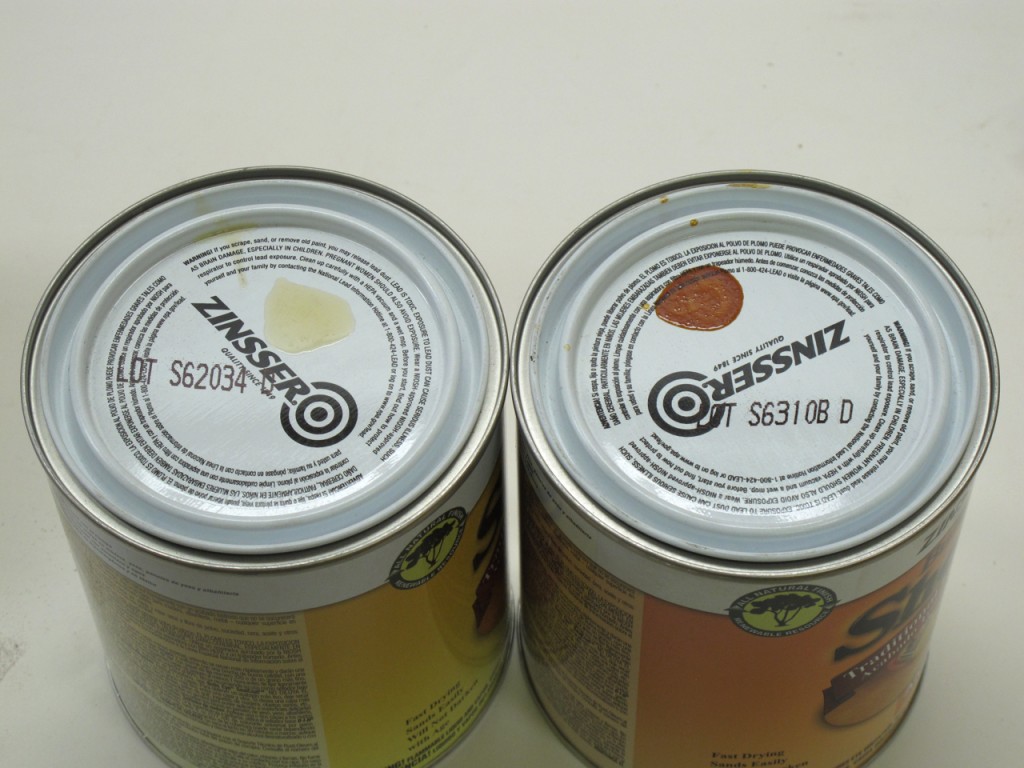 I asked the help-line person why the change. Why did Zinsser stop providing the date of manufacture in English, and why did the company stop telling people about shelf life? He thought it was due to RPM buying Rustoleum and combining all its coatings companies under this brand. The change was simply about conforming Zinsser to the company-wide standards. The other products didn’t say anything about shelf life and didn’t stamp the date, so Zinsser wouldn’t either.

Pretty weak. I think there’s another explanation. The three-year shelf life together with the date of manufacture was always a problem for Zinsser. I used to find it fairly common that cans of shellac on store shelves were older than three years. When I would mention this to a store clerk, I was often told that this applied only after the can had been opened. The shellac was good until the can was opened.

Of course, this isn’t true. The deterioration isn’t caused by exposure to oxygen. It’s caused by the chemical reaction between the acidic shellac and the alcohol. It starts immediately after the shellac is dissolved.

But stores, and especially large home-center chains, were caught in the middle with cans that were too old, and they surely complained to Zinsser. I believe that Zinsser solved this problem by simply leaving mention of shelf life off the cans and coding the date of manufacture so no one would know that the shellac was too old unless they already knew about shelf life (which most people don’t) and went to the trouble to call the company.

So lots of people are now getting poor results and don’t understand why. Zinsser chose to disrespect the needs of the customer rather than tighten up its distribution. 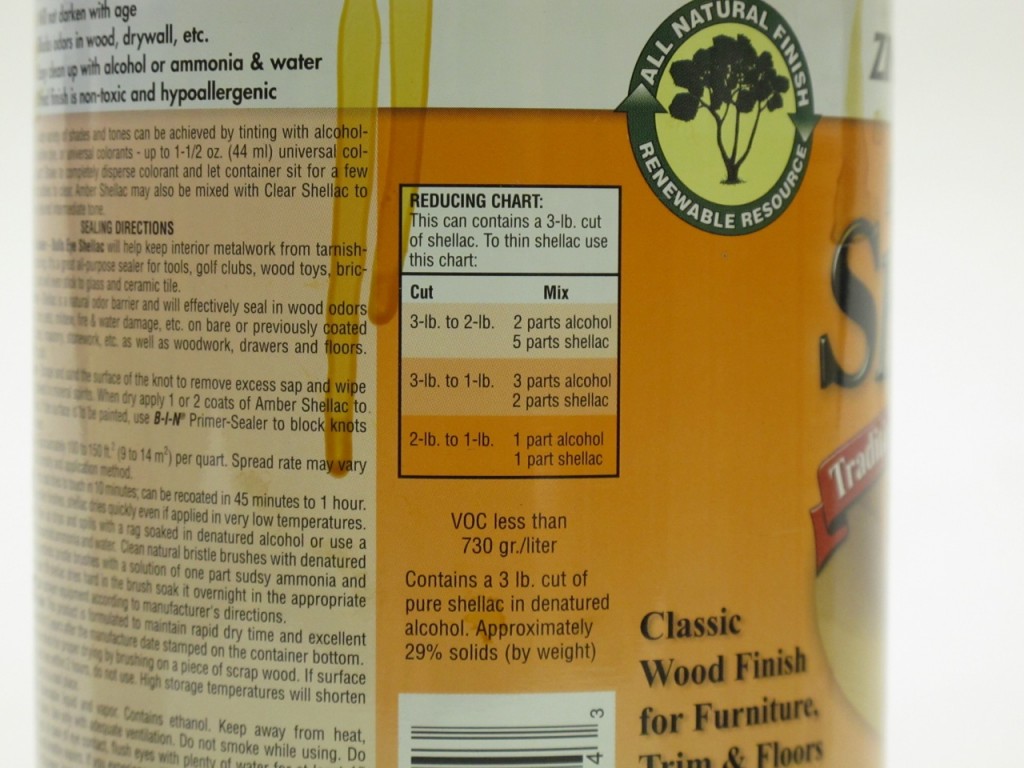 This chart from my 2004 can is helpful. It no longer appears on cans. Nor does the information that it’s a 3-lb. cut.

Editors note: For more info on how to get started in finishing, check out “Finishing Basics” at shopwoodworking.com. 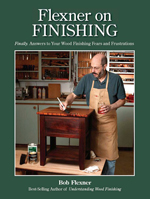 Want to learn more about finishing from Bob Flexner?
Check out his book “Flexner on Finishing,” at shopwoodworking.com 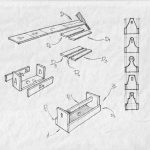