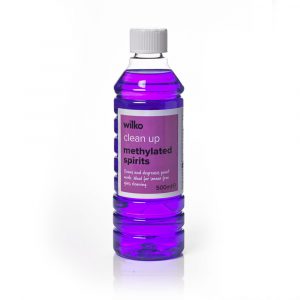 A woodworker friend called wanting to know where he could buy some methylated spirits. He had just read in a book that it was the best solvent to use with shellac. So I asked him if the book he was referring to was from England, to which he answered that it was.

This term has caused much confusion in the U.S. It’s often misinterpreted here as methanol (methyl alcohol) because it sounds like it. But it’s not. It’s actually British for denatured alcohol.

By breaking the term down it’s easy to understand the correct translation. First, spirits is British for ethanol (ethyl alcohol). It’s the stuff you drink when you go to a pub. The problem with using ethanol for dissolving and thinning shellac is that it’s quite expensive (think Everclear that you buy at the liquor store). So to reduce the cost, which is largely the result of taxes, some methanol is often added to make the ethanol poisonous and therefore not taxed as liquor. Knife Makers and Enthusiasts – An Event for You!Shop Blog