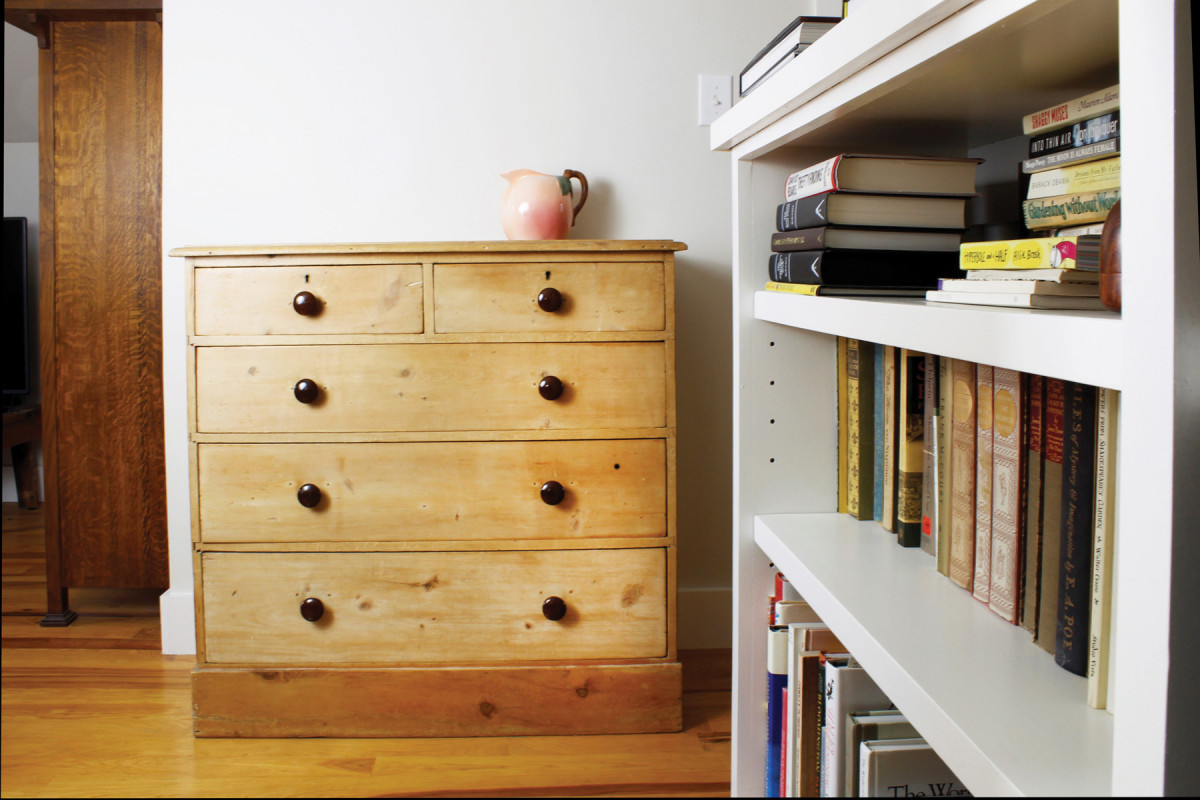 The beauty of utility: coarse and fine combined.

Editor’s note: This article originally appeared in the April 2018 issue of Popular Woodworking.

One of my favorite pieces of furniture is a chest of drawers I bought at an antiques store in Reading (the English town, not its Pennsylvanian equivalent) circa 1984. At least a century old by now, it’s made of deal, a nondescript term for softwoods, with knots and other characteristics usually considered defects. It was originally painted; traces of finish still linger in the cracks. By the time I came across it, a dealer had dipped it in methylene chloride stripper, which did the joints no favors. And yet it has held together during its three decades in my possession.

I love this chest of drawers, not least because it’s a mass of contradictions. It was made from defect-riddled paint-grade wood, but aside from the top, which is attached with nails, it was built with traditional joints cut by hand. Sliding dovetails hold the drawer rails in place. Slide-out Tool StorageTricks of the Trade