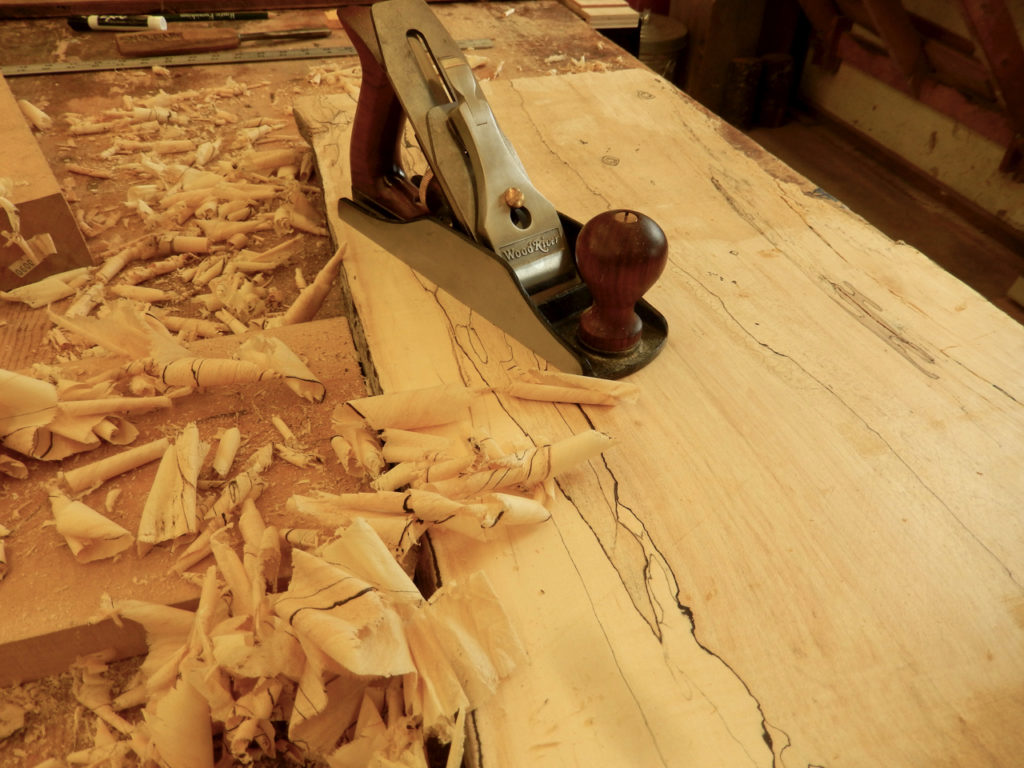 Ben was one of the six students who took my live-edge Columbus day weekend class at Snow Farm. A newcomer into woodworking, motivated and eager to learn, he asked me to help him design and build a side table for his Boston apartment. Feeling that woodworking is going to be more than just a weekend workshop experience, but rather a long-lasting hobby, he invested in a good quality hand plane which he bought from Woodcraft. He also brought with him a nice slab of live-edge spalted maple.

After sharpening his plane blade on a diamond stone and a strop, he began planing the board,  a processed that took him a few hours. Then we developed a few design options, from which he choose one that calls for a waterfall live-edge tabletop (and leg) supported by a single turned leg on the opposite side. 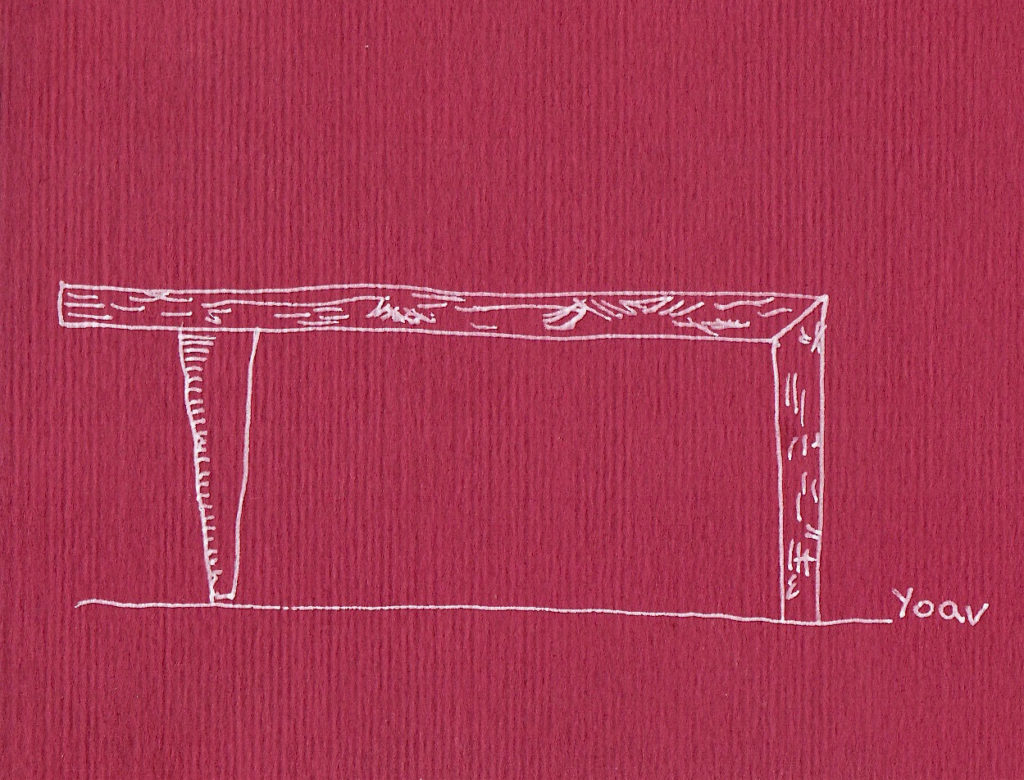 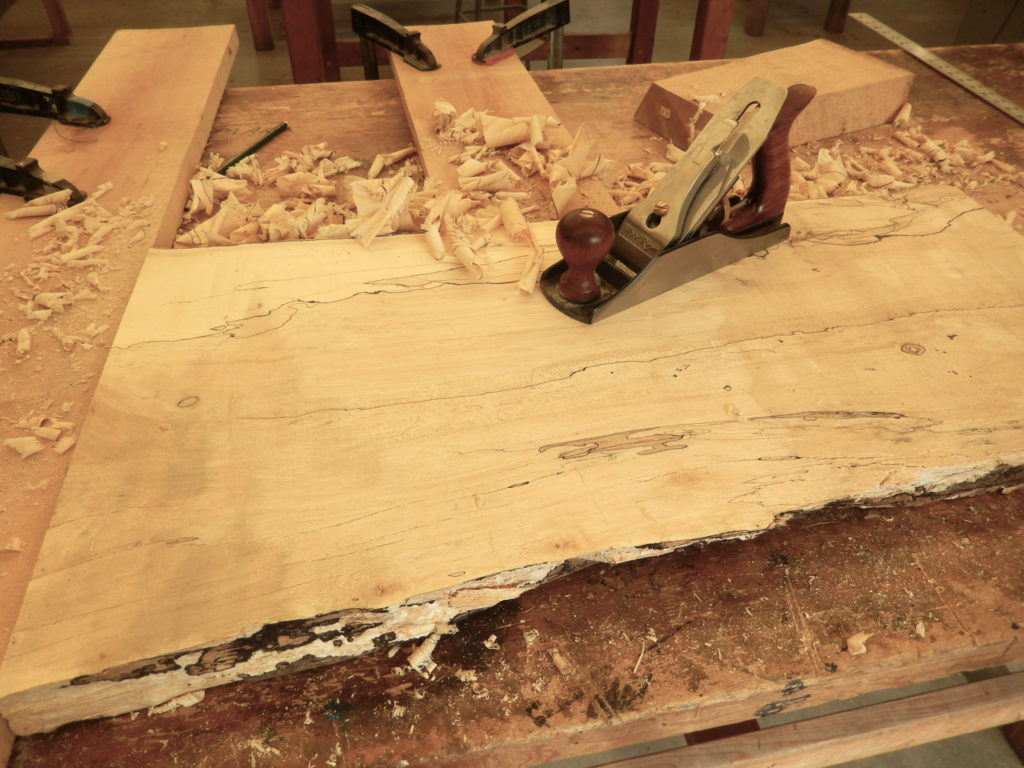 We evaluated which is the best way to cut the waterfall miter (that separate the top from the leg) and concluded that using a circular saw would be our best bet.