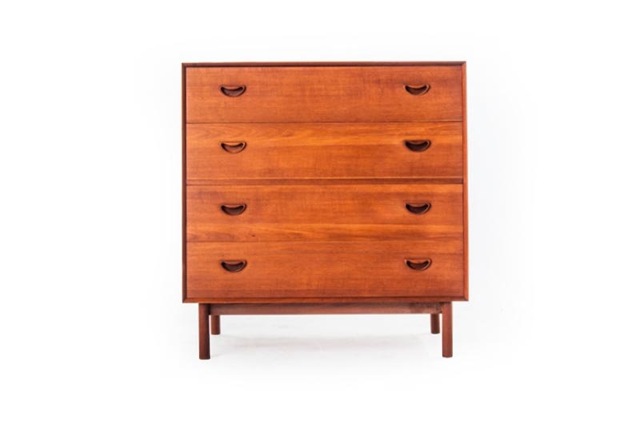 A lot of Danish Modern dressers are taller than your typical campaign chest because the designers added a drawer or two. But some of them look like the pieces shown here.

After staring at the 25 campaign chests from part 1 of this series I hope you can see the connection. We have an unadorned dresser that is square and perched on a plinth. 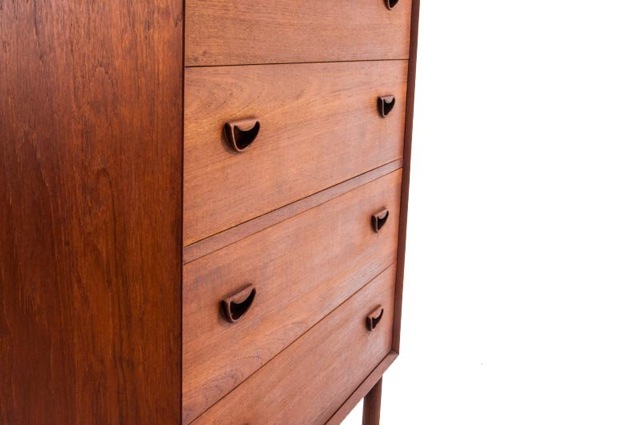 Just like a campaign chest, the pulls on these Danish Modern chests are nearly flush with the drawer fronts and mimic the shape of a traditional swan-neck pull. They are carved from wood but aren’t all that radically different than the shapes you see on older traditional chests.

Good Danish Modern design tips its hat to traditional design like this quite a bit.

The plinth (base) on these Danish Modern chests and others raise the chest off the floor like the removable turned feet on 19th-century campaign chests. The only real difference (to my eye) is the legs are a bit thinner and a couple inches taller.

Reading and Working with the Grain, a Simple TipShop Blog