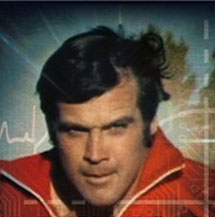 I’ve been thinking about Col. Steve Austin a lot lately. You might remember him as the Six Million Dollar Man, a character from the TV series in the ’70s with the same name. After being seriously injured in a test flight, Austin is given artificial replacements for his legs, his right arm, and one eye. These gave him superhuman speed, strength, and telescopic vision. In the beginning of the show, a voice says, “We can make the first bionic man. Better than he was before. Better. Stronger. Faster.”

Not such a bad deal, when you think about it.

He’s been on my mind because of a few nagging injuries I’ve had in the last few weeks. They have been hanging around like a penniless kid in a candy store.

In high school I was a distance runner, but the long miles on the roads really did a job on my knee joints. I only run occasionally now – if I’m at the beach or on grass, where the impact is less jarring.