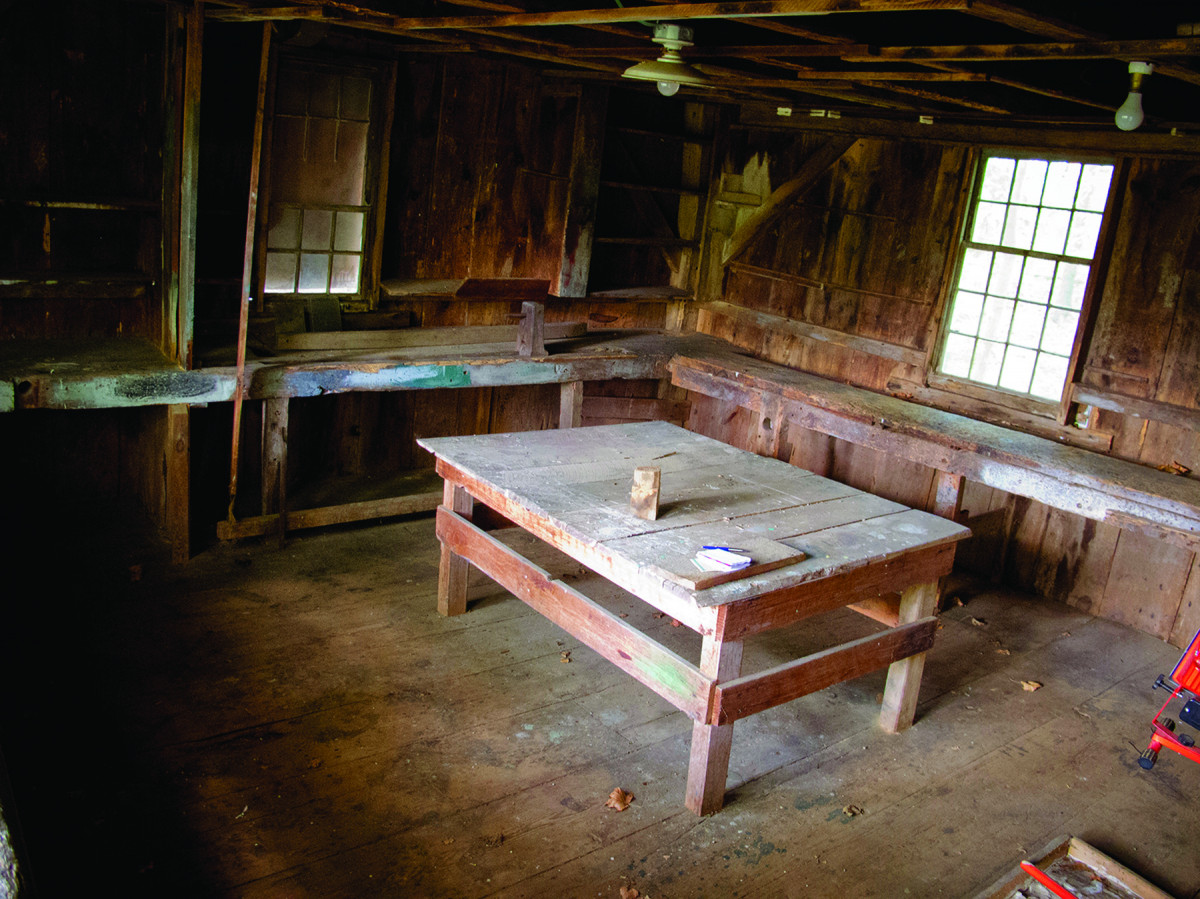 Luther Sampson shop. This 16′ x 32′ 18th-century joiners/carpenter’s shop in Duxbury, Mass., had been used by the school on whose property it sits as a storage shed. In 2012, restoration carpenter Michael Burrey, of Plymouth, Mass., got a look inside and was stunned, recognizing it as the oldest known shop in the United States on its original site.

Raking light through windows is the clear winner in a hand-tool shop.

In 2007, I was a speaker at Colonial Williamsburg’s Furniture Forum, and there I met Adam Cherubini. He was in costume in the parking lot, talking period furniture and tools to anyone who’d listen. If you know Adam, or have seen him in a presentation, then you know he breathes this stuff. Deeply.

As I started to find out about him, one thing I learned was that he wrote a column called “Arts & Mysteries” for this magazine. We crossed paths several times after that, and he got me connected to the magazine, suggesting I contact some guy named Chris something-or-other.