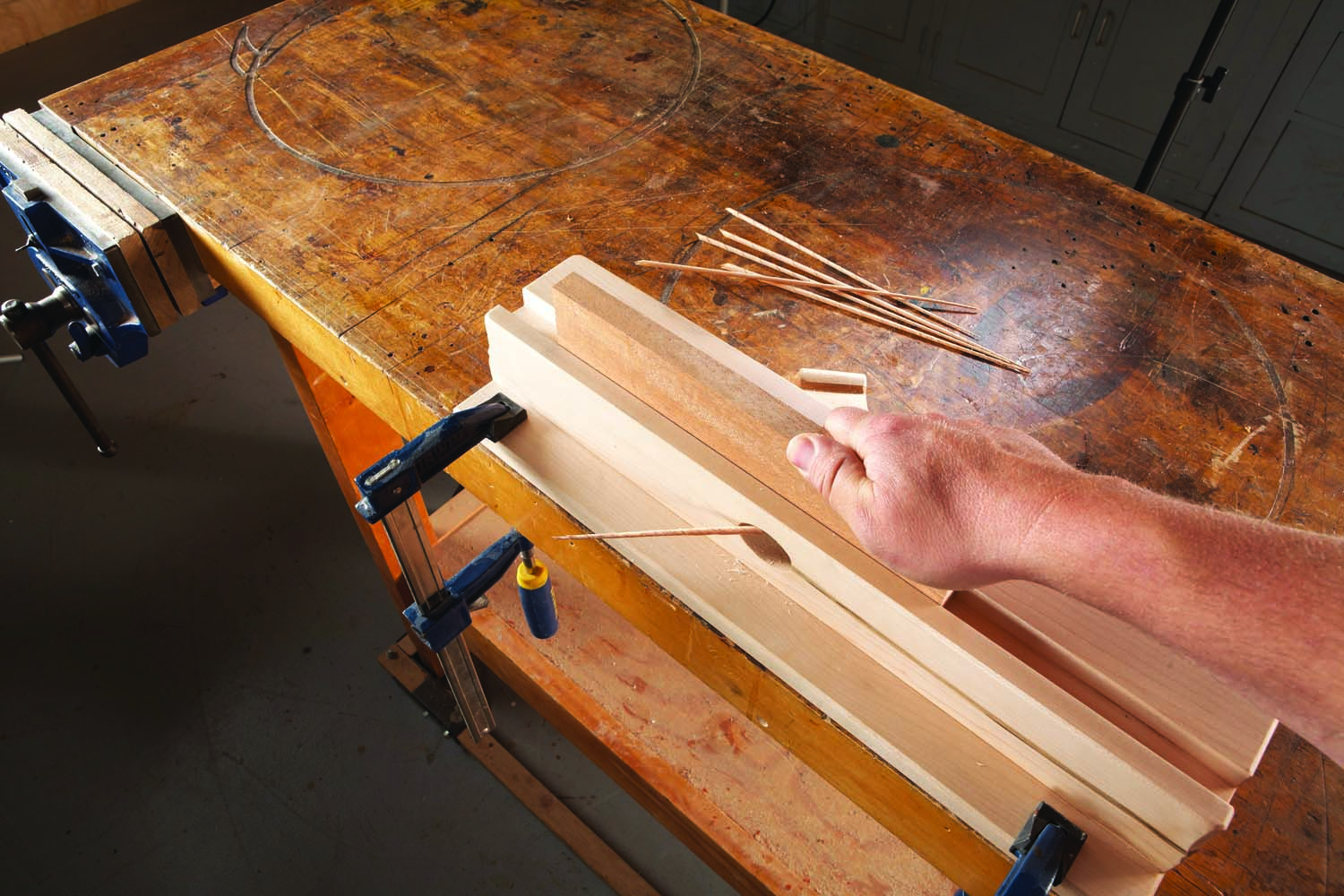 What’s a spill plane? Well, it’s a little-known specialty plane that creates a shaving – called a spill – that’s tightly curled on itself and tapered to a point. In the days before matches and lighters, a spill was used to take a flame from the fireplace to light candles, lamps, pipes, etc. Though spills are no longer a necessity, they’re no less useful than they were centuries ago. A typical spill will burn for over a minute, and a bundle of them makes an attractive decoration. 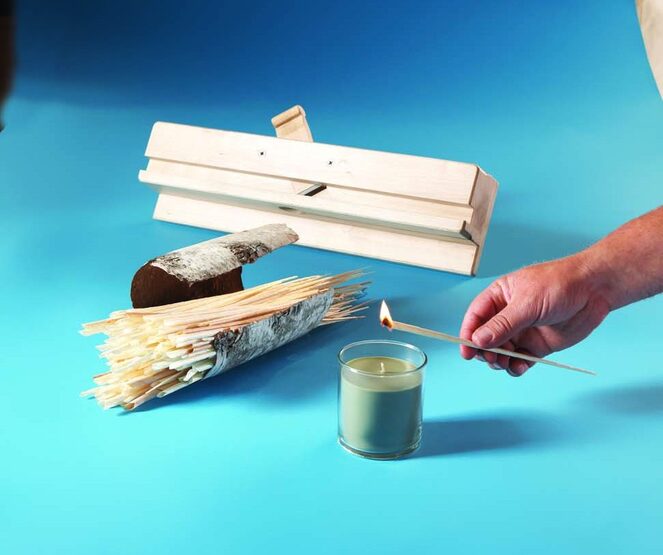 Don’t be put off by the idea of making a wooden plane from scratch. This plane’s sandwich-style construction method makes it an attainable project for any woodworker. Once you’ve made your plane, you’ll find that making spills is mesmerizing, and you can literally make a huge pile of them in minutes! 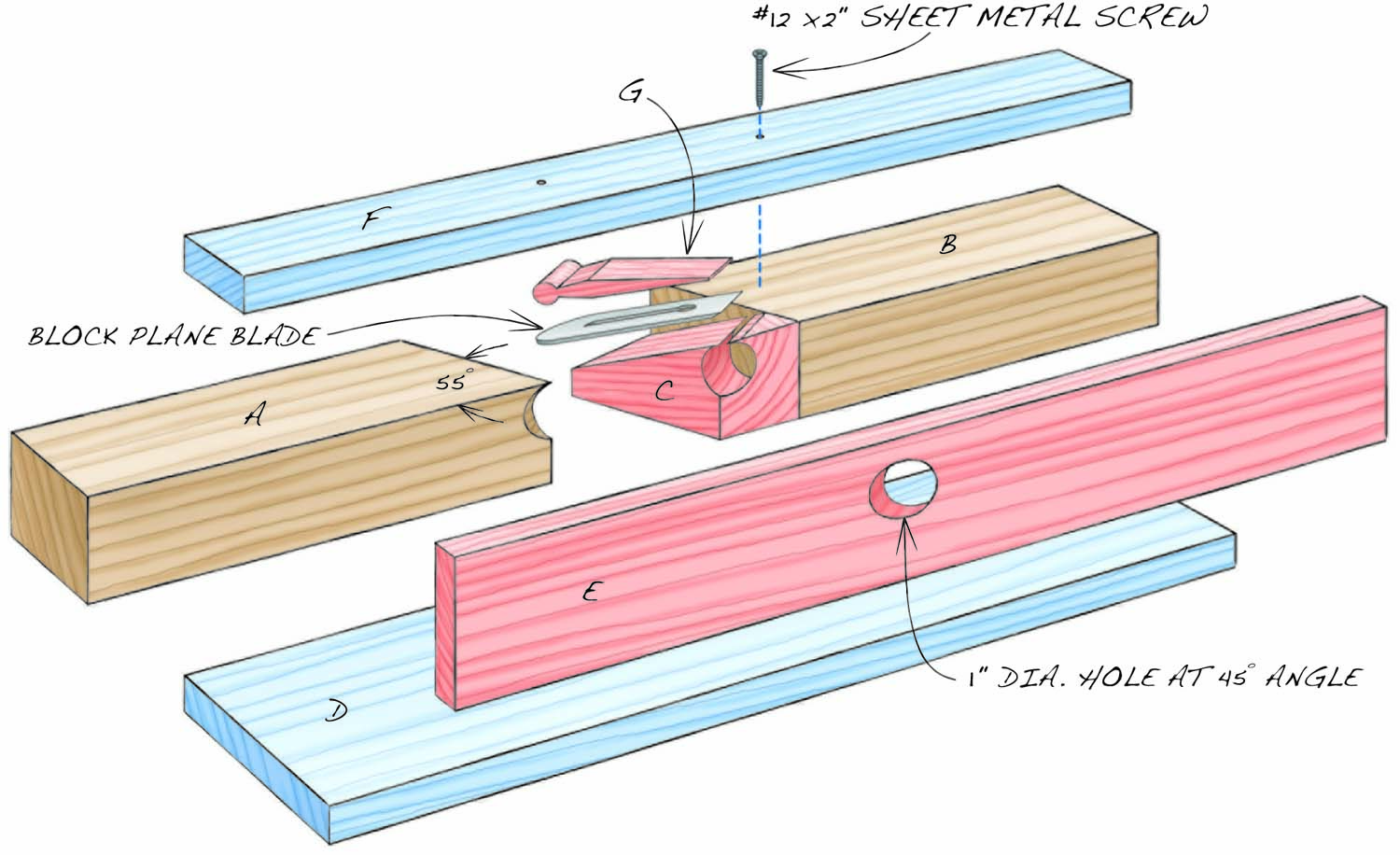 The first thing you’ll need is a blade, as that’s what determines the frog’s width. I used an extra block plane blade. If you don’t have any extra blades lying around, used blades are plentiful and inexpensive at flea markets and auctions, or you can purchase a new one.

For your plane’s wooden parts, use a tough, hard-wearing species, such as hard maple. 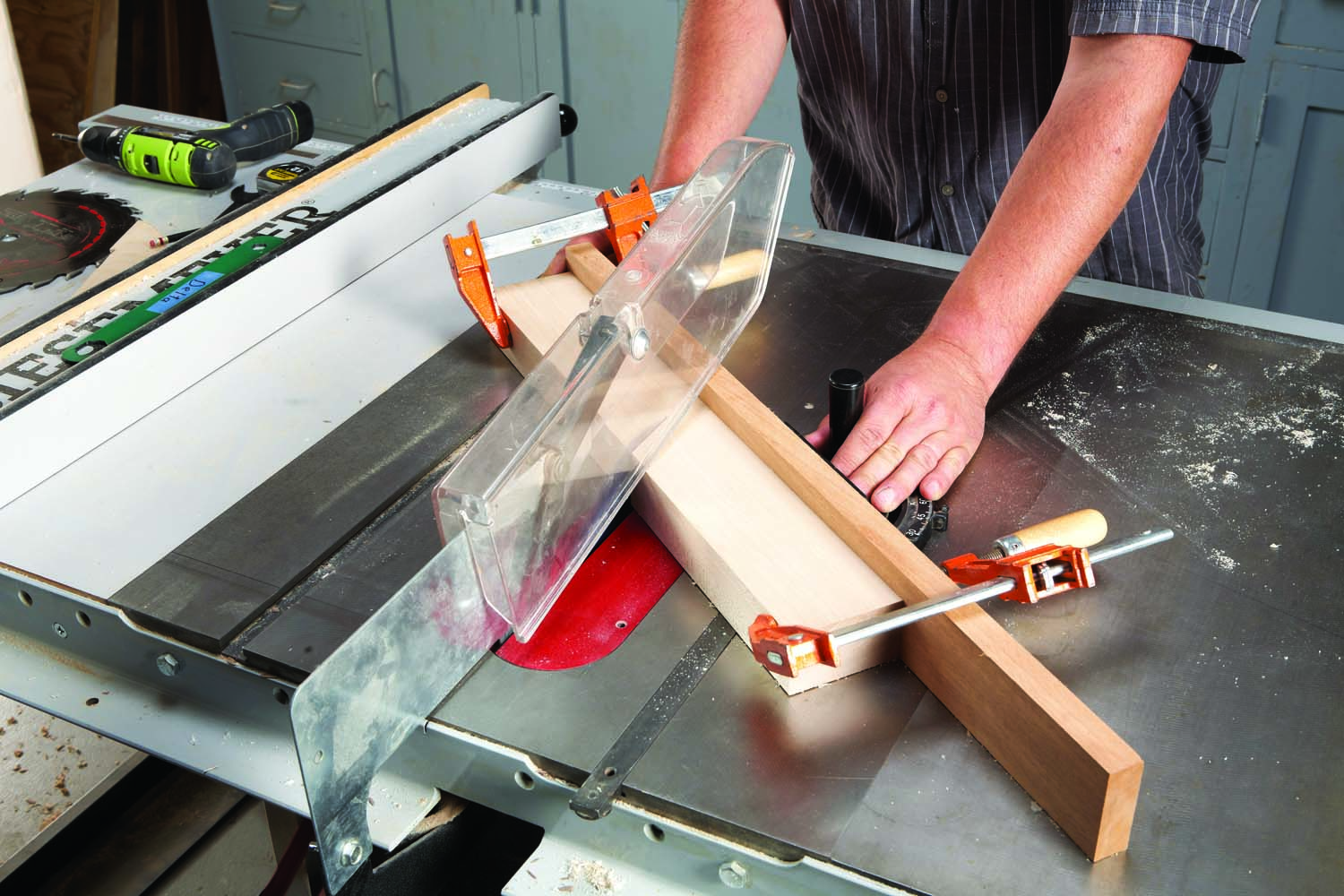 Photo 1. Cut a 55° angle across the infeed/outfeed blank. 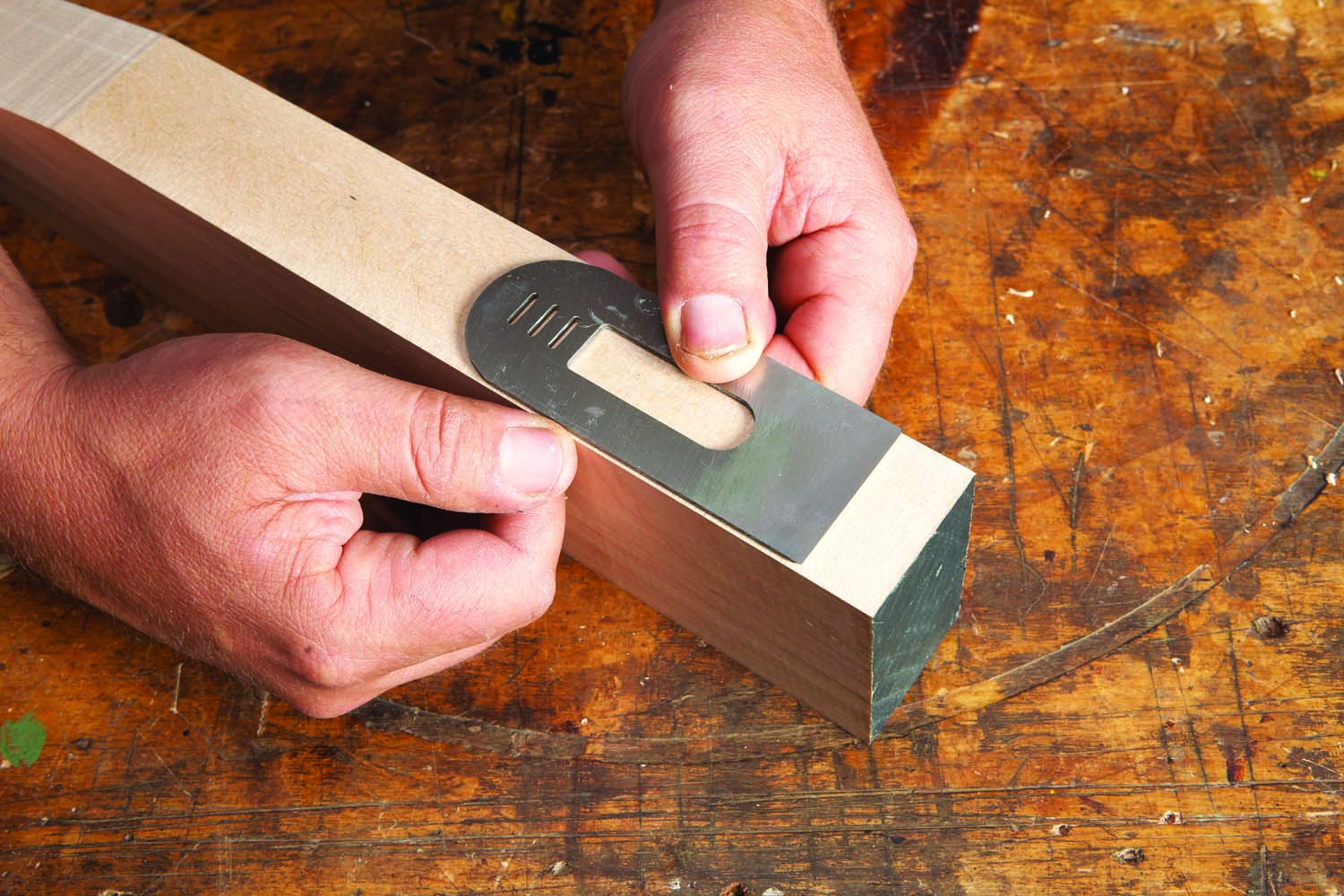 Photo 2. Plane the frog blank so it’s about 1/64″ wider than your plane’s blade. 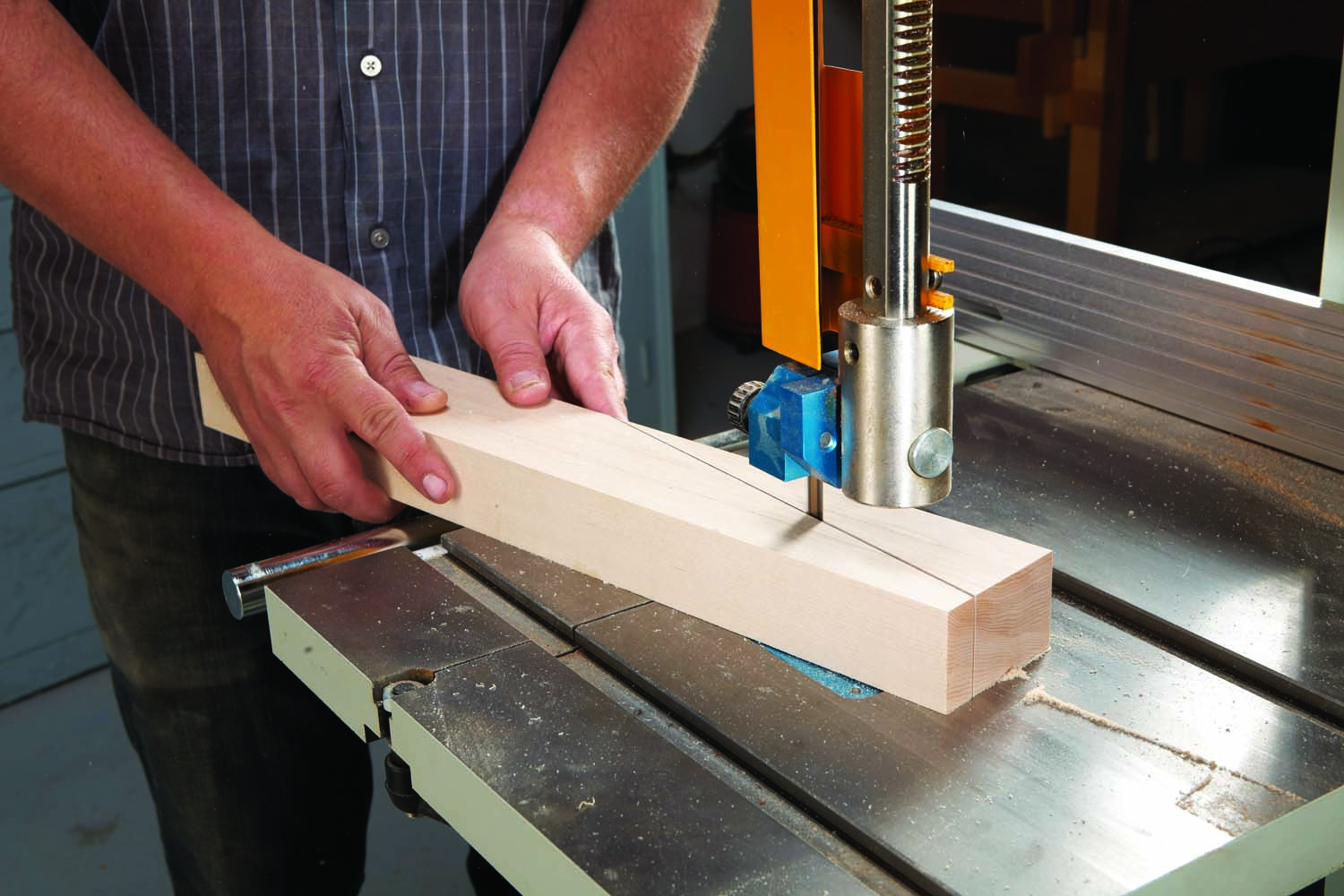 Bandsaw the frog’s bedding angle (Photo 3, Fig. 02), and save the offcut to make the plane’s wedge (G). Flatten the frog’s bed on the jointer (Photo 4). Alternatively, you could use sandpaper taped to a flat surface, like your tablesaw. Once the bed is dead flat, rip the frog’s height to match the infeed and outfeed’s height. 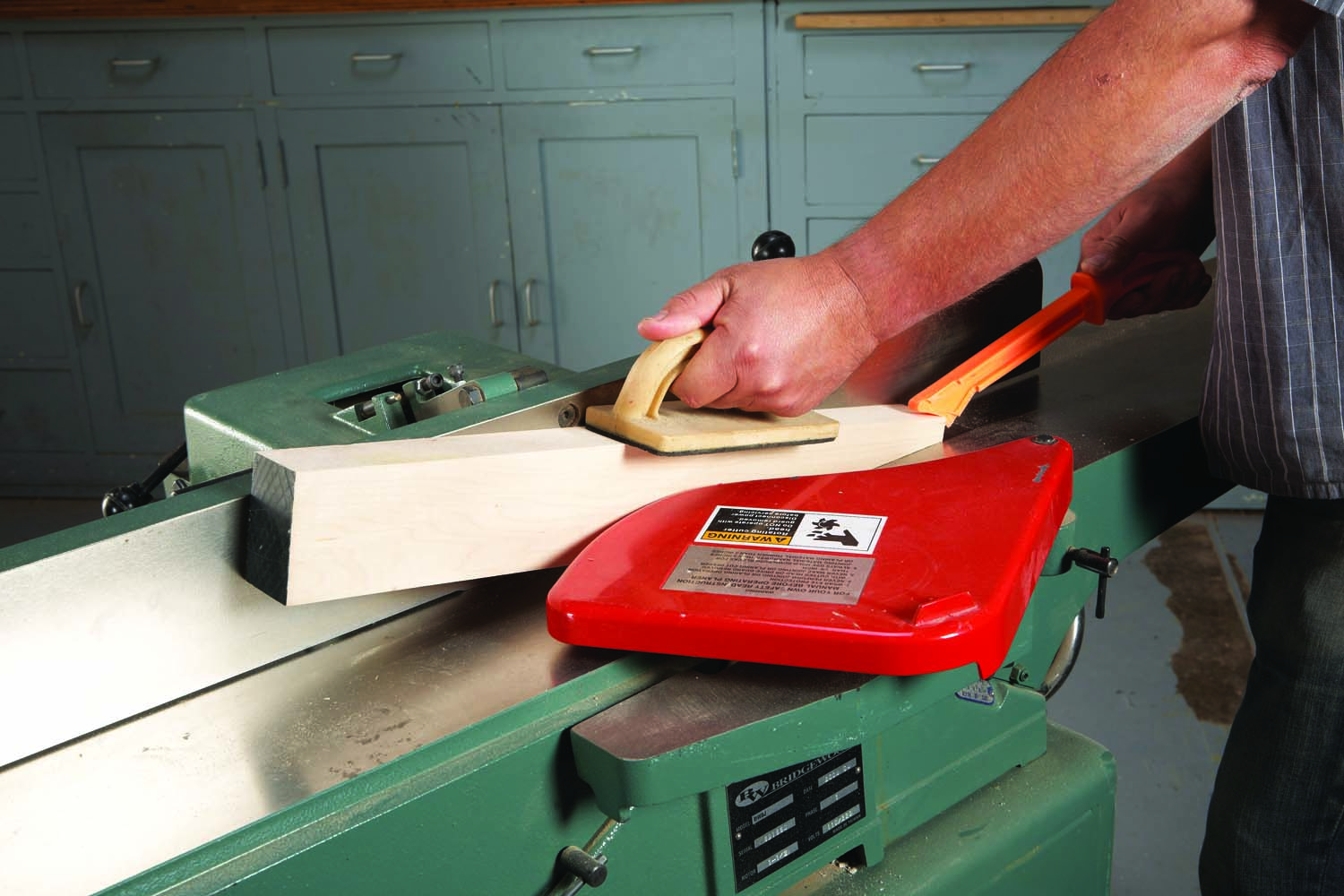 Photo 4. Flatten the frog’s bed on the jointer. 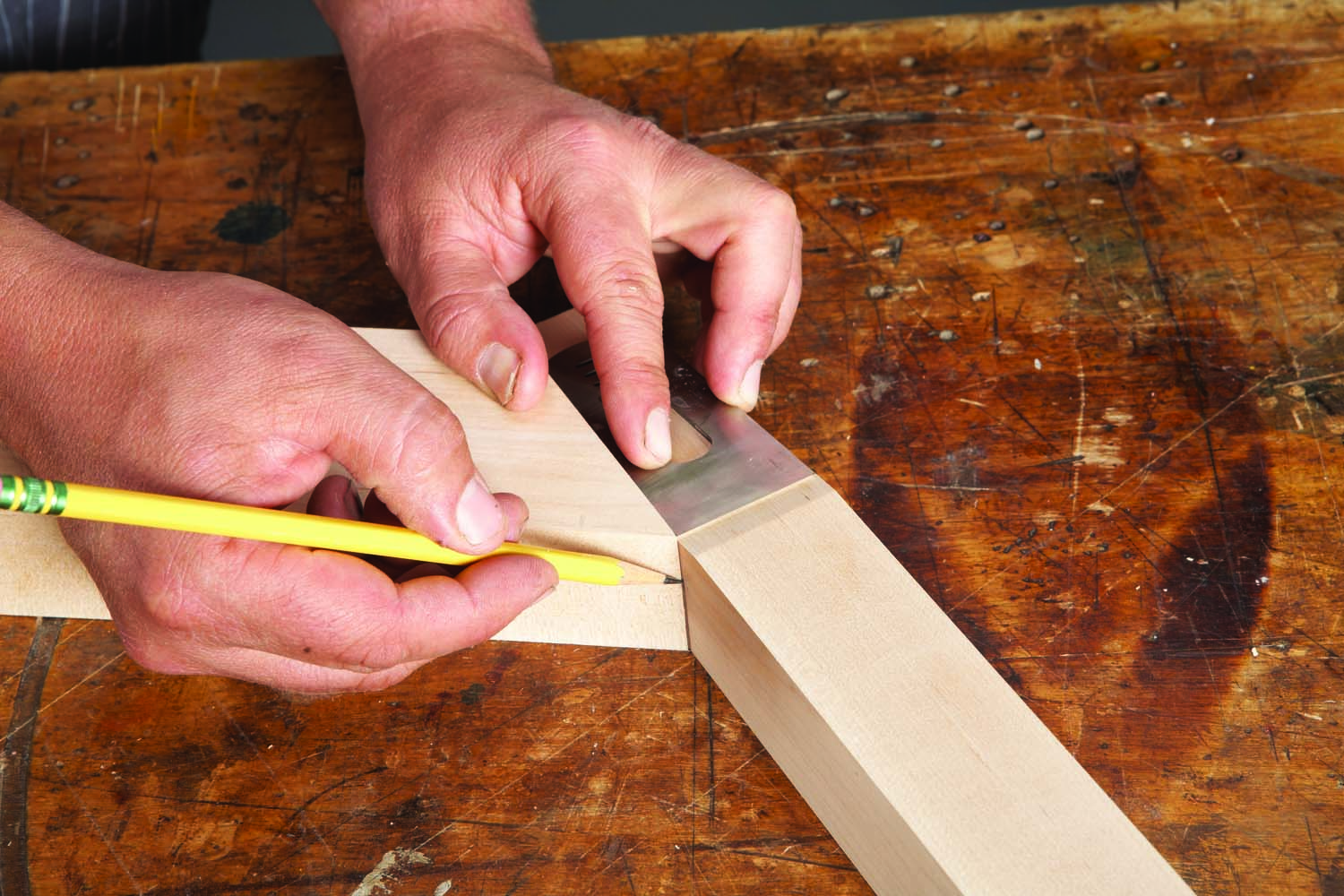 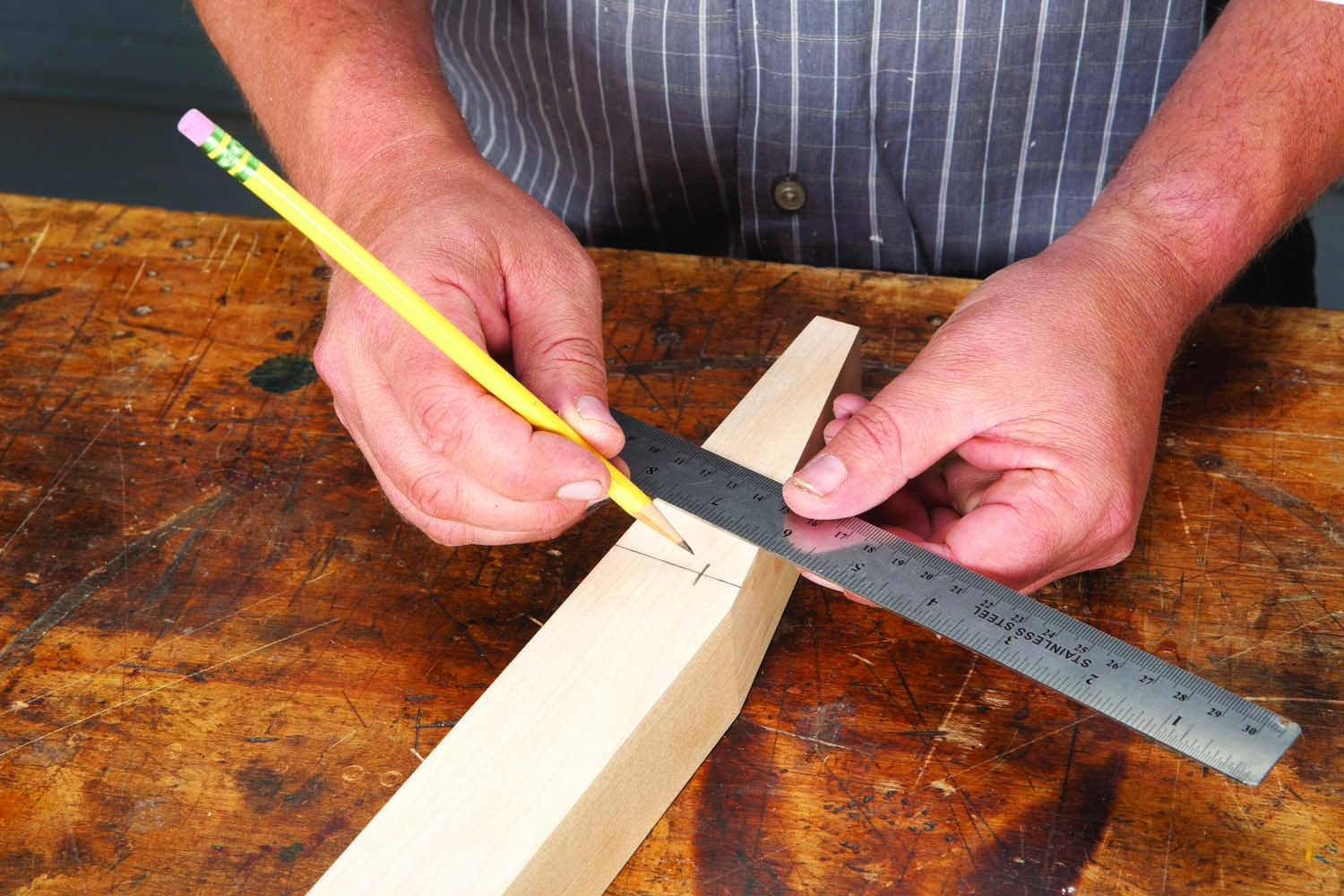 Photo 6. Mark the escapement hole’s location on the frog’s side. The top of the hole breaks out of the frog’s bed. 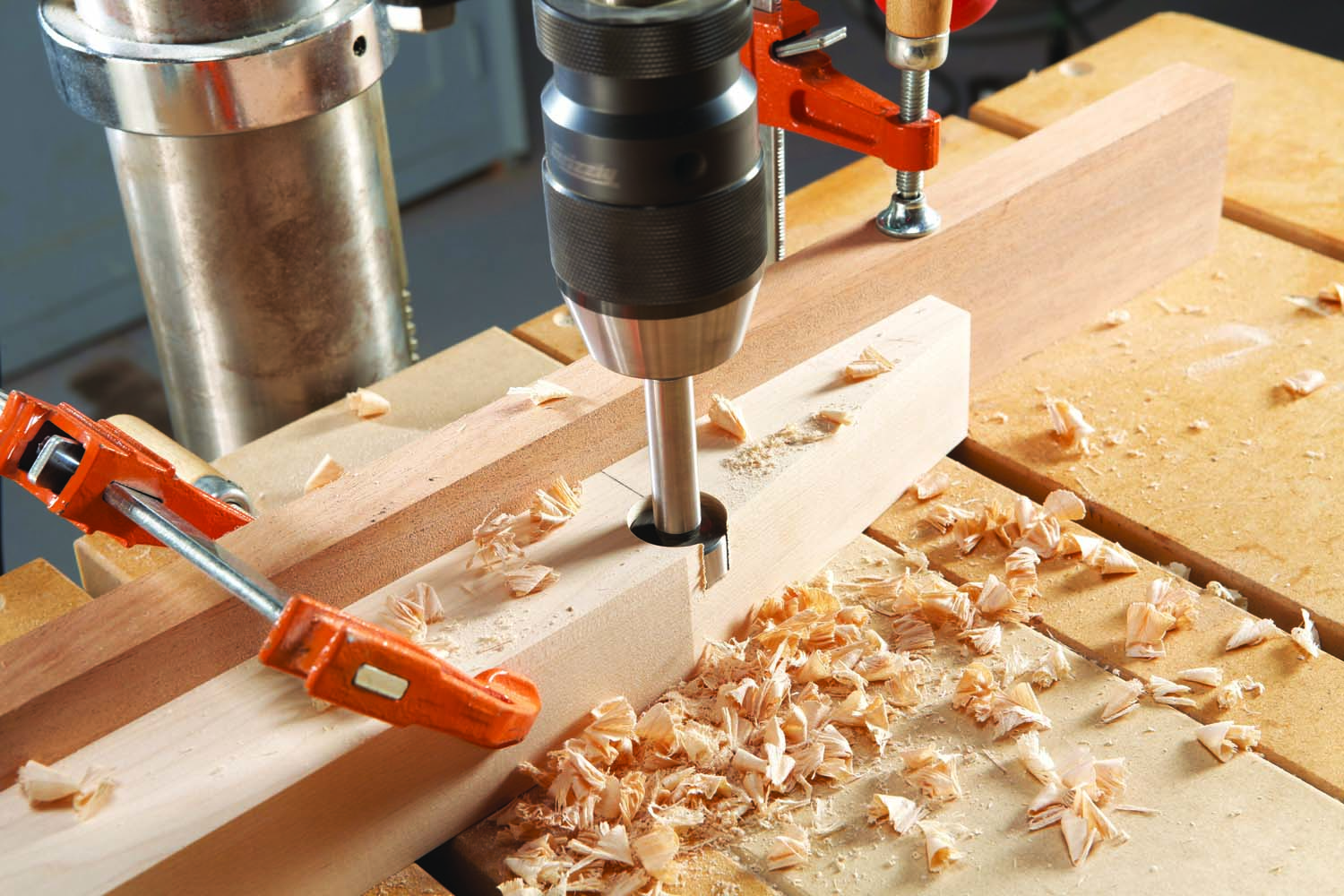 Because of their angled ends, the body parts and frog are difficult to clamp, so I used the rubbing technique instead; you just glue the parts and rub them together until they feel like they’re sticking, and then let them dry.

Start by gluing the frog to the outfeed, making sure the outfeed is on the alignment mark you made. When that assembly is dry, use a round file and sandpaper to extend the frog’s escapement hole through the outfeed. 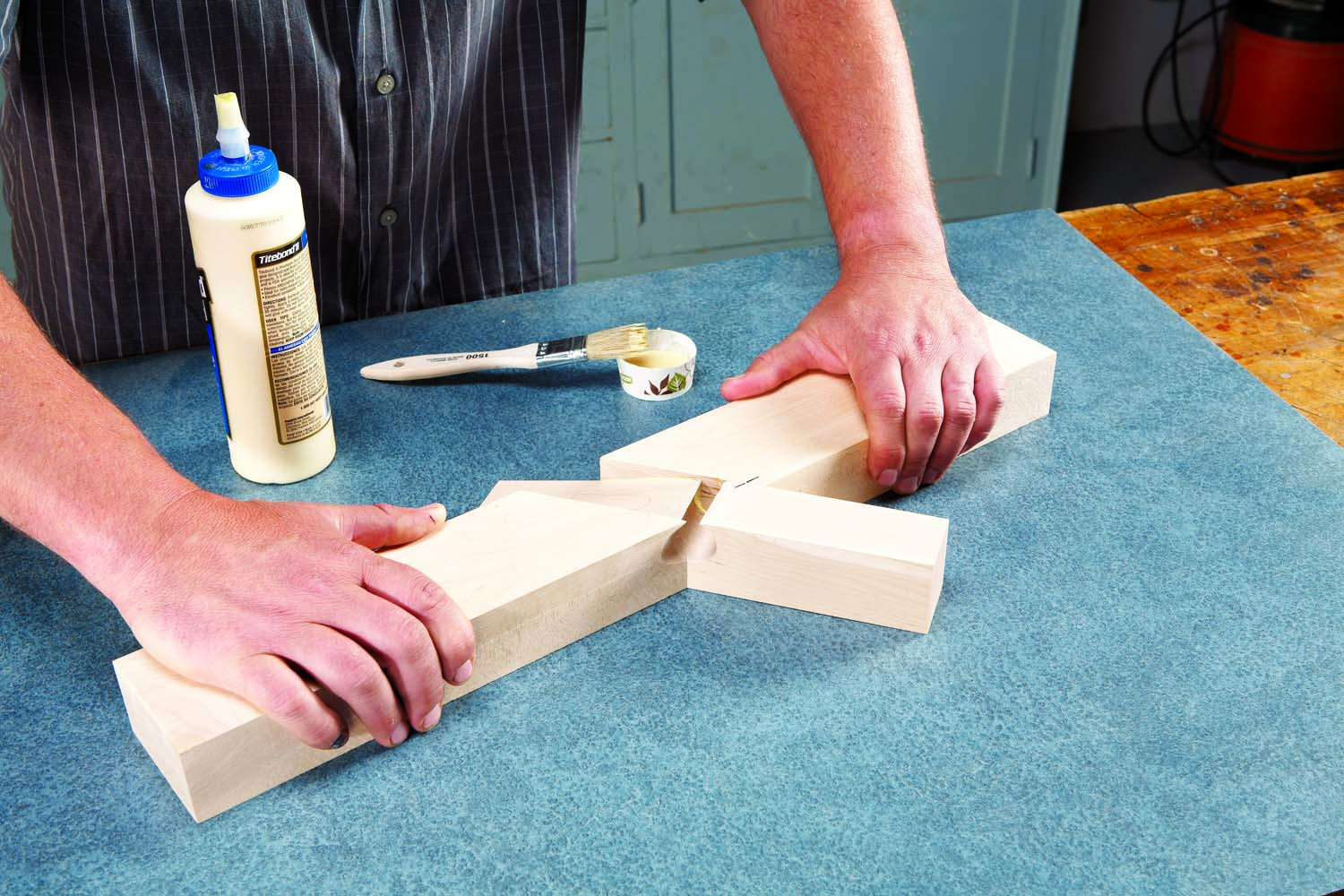 Photo 8. Align the infeed, outfeed, and frog and then glue them together in stages; first the frog to the outfeed, then the infeed to the frog.

Use a straightedge to align the infeed and outfeed’s edges, and then glue the infeed to the frog (Photo 8). When the glue is dry, trim the frog’s ends flush with the body (Photo 9). True up the bottom and edges on the jointer. Don’t joint the top, though; that would mess up the blade’s projection. 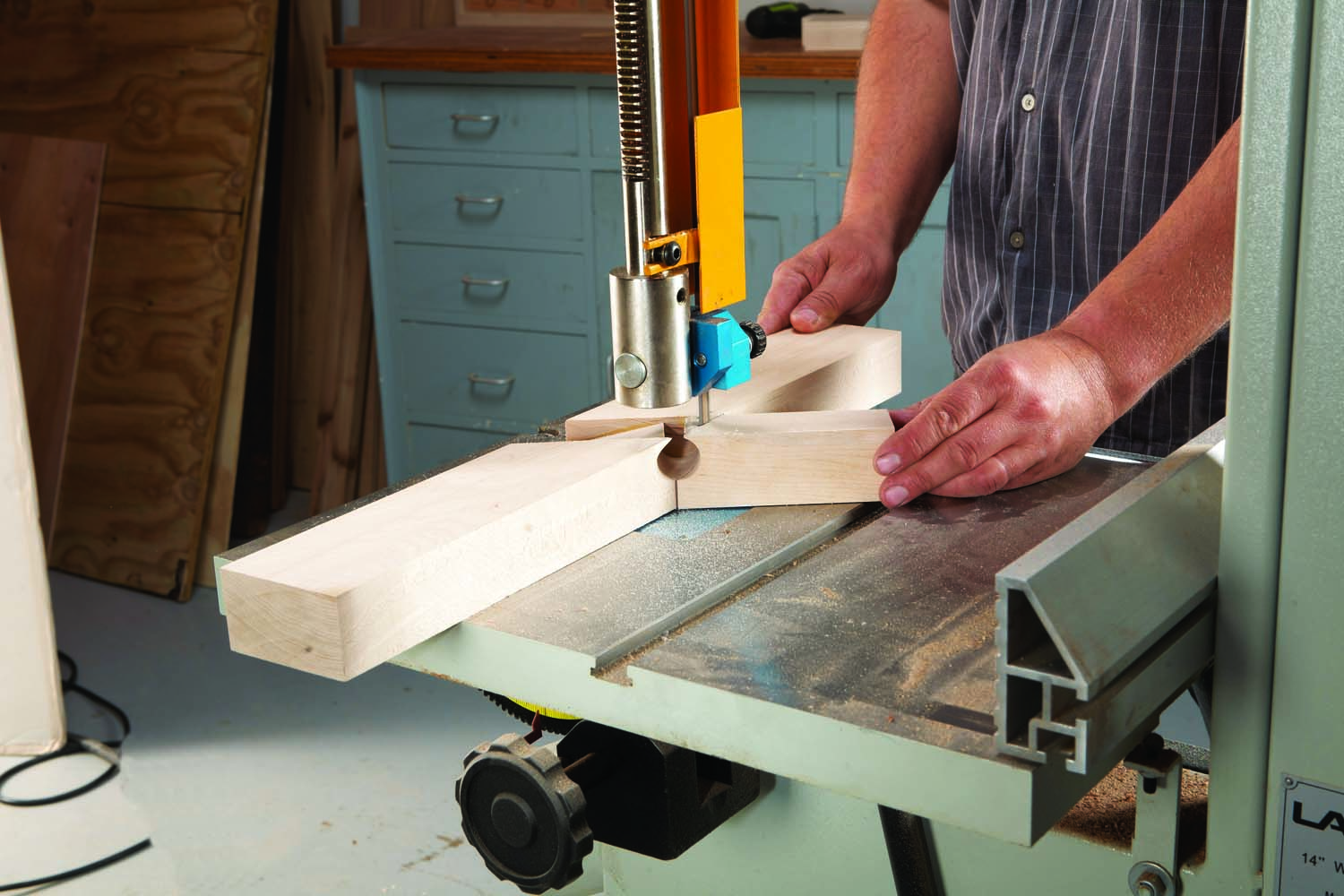 Photo 9. Bandsaw the frog’s ends flush with the infeed and outfeed.

Tilt your drill press’ table to make the escapement hole in the fence (Photo 10). Drilling a precisely located hole at a steep angle is difficult, so start with an oversize board and drill the hole in the center. You’ll trim the board’s edges to line up with the frog’s escapement hole later. The correct angle is 55°, but most drill presses only tilt to 45°, which is fine for this purpose. 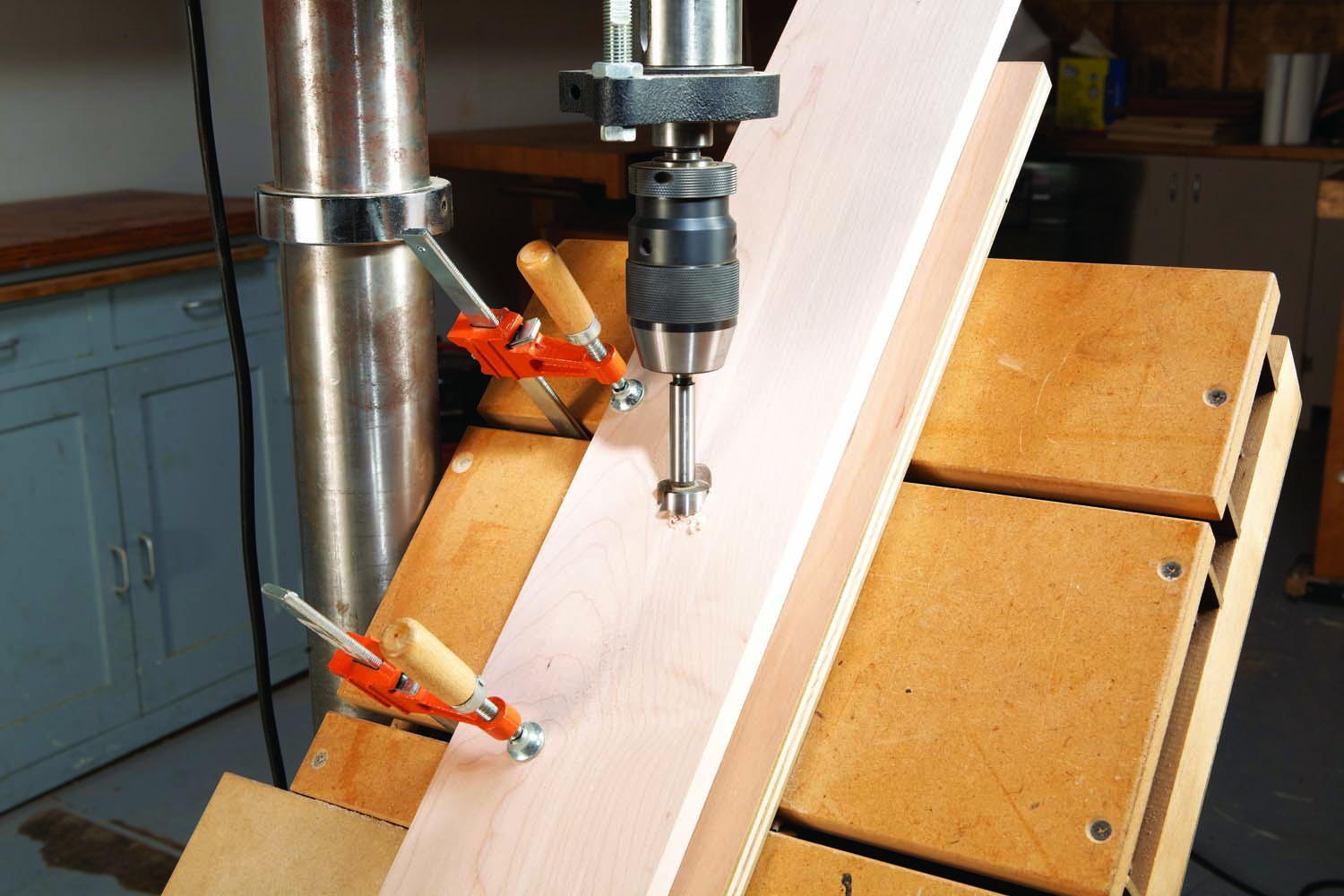 Photo 10. Tilt your drill press’ table, and drill the angled escapement hole in the fence.

Next, glue the body and frog assembly to the bottom. The bottom is wider than the plane’s body, creating a tab to clamp the plane to your bench for use.

While the glue is drying, make the wedge (Fig. 02). Use sandpaper on a flat surface to flatten its faces. You’ll probably need to refine the wedge’s angle slightly so that its primary contact is at the cutting end of the blade to prevent chatter (Photo 11). 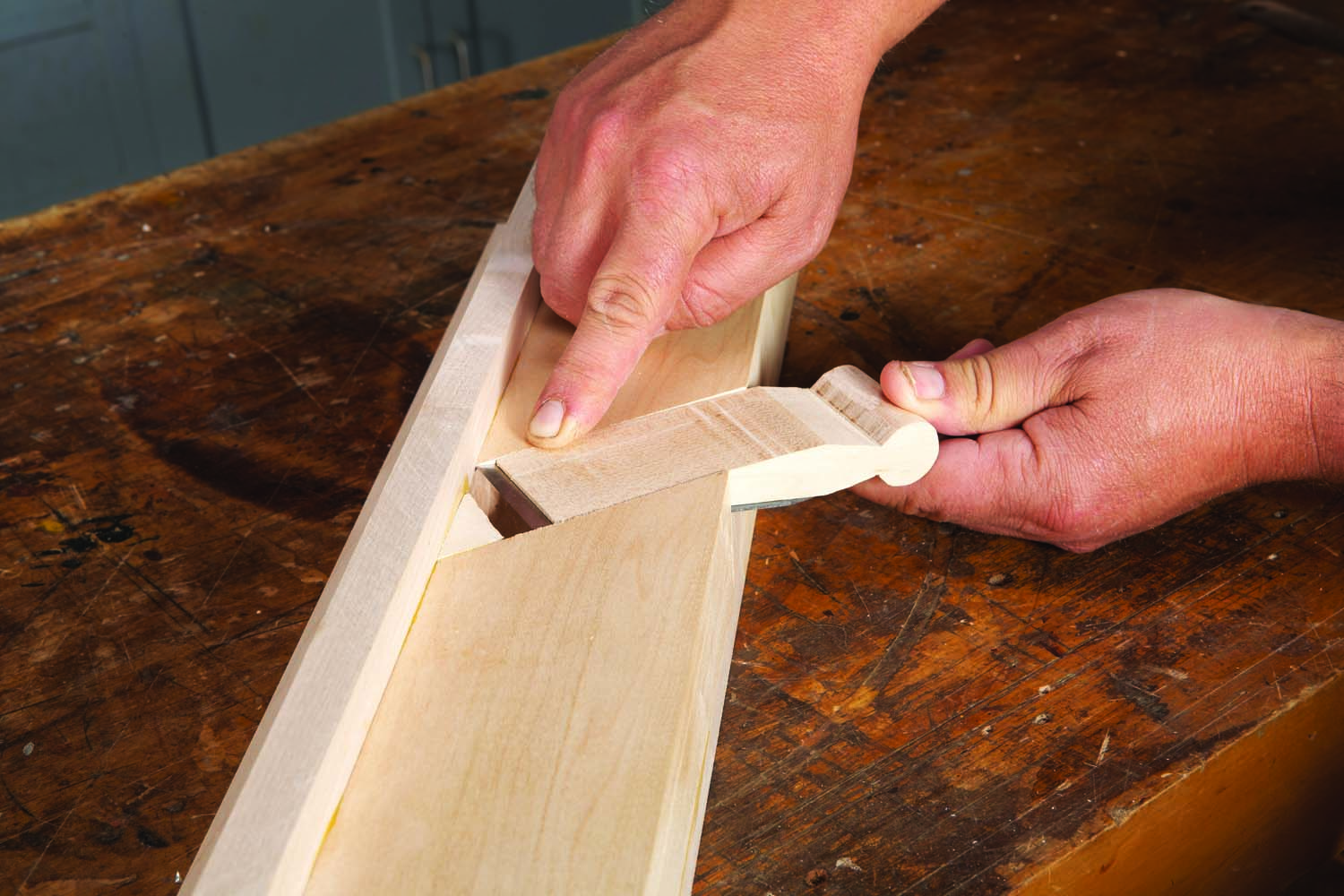 Photo 11. Check the wedge’s fit with the blade in place. The thin end should be flush with the body, while the thick end is not quite flush. 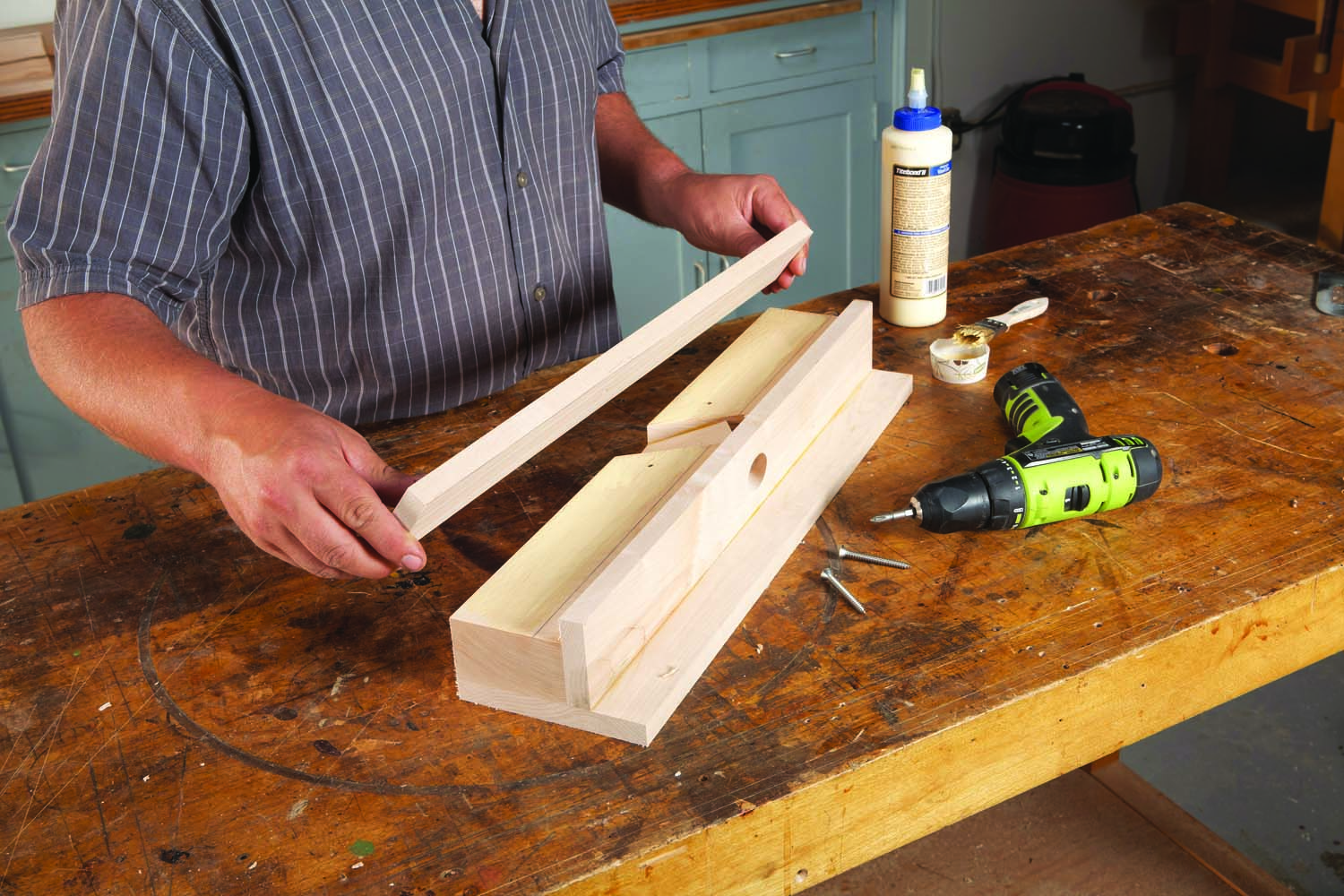 Photo 12. Fasten the top using glue and one screw on each side of the frog.

Glue and screw the top to the body (Photo 12). Unlike most wooden planes, this wedge’s relationship to the grain is like that of a splitting wedge, so I added a beefy screw on either side of the frog.  It may be overkill, but a wedge exerts a tremendous amount of force when it’s tapped in place.

Give your plane whatever edge treatment and finish you wish. Don’t use any finish or wax on the sole, though. Wax heats up with the friction of planing, and can actually cause your spill stock to stick.

Setting the plane’s depth of cut requires experimentation, particularly if you’re not used to using a wedge-style plane. As a starting point, slide the blade in until it almost touches the fence, and then tap in the wedge. If your plane isn’t cutting, advance the blade by tapping its end until it takes a shaving. If you advance the blade too far, remove it and start over.

You may be tempted to make spills out of any old scraps, but that won’t do. You need clear, knot-free boards; and it helps if you joint one edge. Poplar works great; it cut easily, and doesn’t have a very pronounced grain. An 8″ – 12″ long piece is about right. Position the board so that its grain is rising away from you, so you’re not planing into the grain. Make sure that your blade is razor sharp! Magnet RemovalTricks of the Trade